About Barrington, Arboretum of South Barrington, Exercise, Family Fun, For Fun, For Kids, Holidays, Live Music, Music, Outdoors, Parks and Recreation, Planning Ahead, Shopping, The List Year to Date, Things to Do

I have a bad habit of overusing exclamation points, but today, I simply HAD to put one in our title! Because, one week from today, the area’s only Open-Air Skating Rink will be opening for business in South Barrington. They’re busy setting it up at the South Barrington Arboretum and there are two big events tied to the outdoor “Skating Plaza’s” grand opening next weekend. The first is an appearance by “Skates”, the Chicago Wolves Mascot. 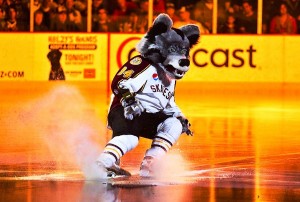 The Wolves Mascot will officially “break the ice” at the new Skating Plaza when it opens one week from today, on Black Friday, the day after Thanksgiving. Skates will be taking the rink right at Noon on Friday.  On Saturday, November 27th, the Skating Plaza will open at 10AM, Santa Claus will arrive by horse drawn sleigh at 11AM and will be available for taking pictures until 3PM. But one of the biggest highlights of the rink’s opening festivities will be a rare acoustic performance by William Beckett on Saturday at 5PM. He’s the lead singer of the hot pop music band, “The Academy is…” 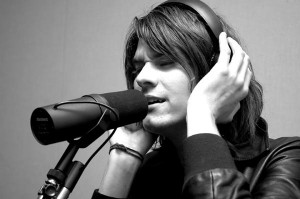 The Skating Plaza is one of only three synthetic ice rinks in the Chicagoland area using this type of technology. It’s the same technology they use for the rink outside the John Hancock building in Chicago. I’m told that the coolest thing about synthetic ice is that you can skate on it at any time, even during the milder winter days. The rink opens next weekend and will stay open for business through the end of January.  They’ll be offering recreational skating hours as well as skating lessons.

There are special “Grand Opening” hours for the rink next weekend. It’ll be open on Friday, November 26th, from Noon to 8PM and Saturday, November 27th, from 10AM until 8PM. After that, the Skating Plaza will be open Wednesdays through Fridays from 2PM through 8PM, on Saturday from Noon until 8PM and on Sunday from Noon to 6PM. Admission costs $5 and includes complimentary skate rental. Children under 6 years-old are admitted for free. You can also rent the outdoor skating rink for private parties at $200 per hour. For more information, call the Arboretum of South Barrington at 847-426-6200.