As I write this profile near the end of a frigid February, there is little indication that migrants will begin to return to the Barrington area anytime soon. So I’ll focus not on an early migrant but rather on a year-round resident that is also a regular visitor to feeders. It’s a bird that never fails to a bring a smile to my face: the white-breasted nuthatch.

What is it about the nuthatch that delights? Is it the chunky figure seemingly without a neck? Is it the plumage that seems tuxedo-like? The head that looks cocked? Or perhaps the nasal ank-ank-ank that the nuthatch emits as it shuffles up and down tree trunks?

The white-breasted nuthatch always seems to me to be completely absorbed in its own world, oblivious to other birds that frequently associate with it, like the black-capped chickadee and brown creeper. Sometimes called the “upside-down bird” for its ability and propensity to head down a tree trunk as well as up, the nuthatch can be identified as easily by its form, size, and style of movement as by its field marks. No other bird is at once so condensed in shape and jerky of motion, somewhat like a feathered wind-up toy.

But while it can superficially amuse, the white-breasted nuthatch warrants serious observation. Because pairs tend to remain in the same area year-round, it is possible to follow their movements and behavior through the seasons. They begin courtship as early as February, much earlier than most species; from now through nesting season, you will not see a pair ever very far apart.

Tree holes are important to nuthatches. They roost in them at night and raise their broods in tree holes, often rotted knotholes of large trees. That behavior earns them the description of cavity nesters, a characteristic shared with chickadees and downy woodpeckers, profiled in previous columns.

These days of late winter you may spot one white-breasted nuthatch feeding another. That would be the male offering tidbits to his mate – a feature of nuthatch courtship. You may also hear them making short ip-ip calls to keep in contact. Once a nest hole has been chosen, the female alone collects bark, grasses, rootlets, and fur to line the cavity before she lays a clutch of 5-10 eggs. She also assumes sole responsibility for incubating. Her mate will bring her food during that two-week period and while she broods the nestlings.

If you maintain bird feeders and notice white-breasted nuthatches coming for suet or seeds, pay close attention to their crowns which are key to differentiating the sexes. The male’s will be jet black while the top of the female’s head will be not so dark and sometimes has a silvery sheen. And watch for signs of courtship: mate-feeding and staying close to one another. Whether hitching its way comically along a tree trunk or branch, making short flights within its compact territory, or nabbing seeds to cache in a tree trunk or feed a mate, the white-breasted nuthatch is a species that offers plenty of interest for the backyard bird watcher.

Wendy Paulson has lived in Barrington Hills since 1975, and has led bird walks in the area for many years. She re-established the Nature Lady program in the Barrington 220 school district and St. Anne’s in the late 70s, under the auspices of The Garden Club and Little Garden Club of Barrington.  Wendy developed the education program for Citizens for Conservation, initiated and edited its newsletter, and has been an active volunteer with CFC for over 30 years.

During interludes in New York City and Washington, DC, Wendy taught classes about birds in the public schools and is helping to develop a similar program in Chicago public schools with Openlands. She is chairman of The Bobolink Foundation, serves on the board or advisory committee of multiple conservation and bird-related organizations, both domestic and international, and is former chairman of IL and NY chapters of The Nature Conservancy.

Wendy and her husband Hank have two grown children and are avid hikers, cyclists, and kayakers.

If you would like to learn more about the Birds of Barrington, Citizens for Conservation just announced Wendy Paulson’s schedule of eleven upcoming Spring Bird Walks & Hikes, starting on April 3rd.  (CLICK HERE for the full schedule of Wendy’s upcoming hikes.)  These walks will take place at locations throughout the Barrington area. 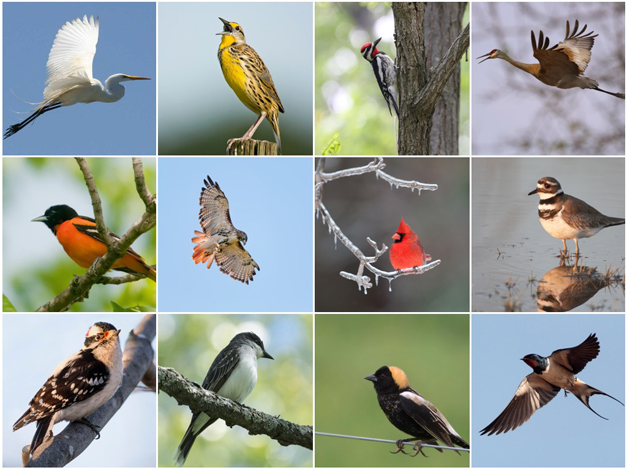