Update: On the morning of June 9, 2015, Jim Bodkin and George Pierce of Citizens for Conservation with Robert Sliwinski, the original engineer of the rookery structure, paddled to the Baker’s Lake Rookery in Barrington to complete the annual nesting bird count. Final conclusions are pending, but data shows that they found nests of three Black Crowned Night Herons, two Great Blue Herons and many Great White Egrets and cormorants. The nest count was down from that in 2014. The count is scheduled for the optimum time of year, before the fledglings leave the nest. The Great Blue Heron fledglings were almost ready to fly.

Citizens for Conservation volunteer Diane Bodkin captured some amazing photographs of the birds nesting in the Baker’s Lake Island Rookery during this week’s annual bird count on the island.  Four CFC volunteers and one employee from Christopher B. Burke Engineering, Ltd. conducted the annual count of birds on Baker’s Lake Island on June 9th to see how the rookery’s bird population is faring.

The Baker’s Lake bird count has been done since the late 1980s but the rookery structure was added in 1999.  It was designed to try to increase the populations of birds such as great blue herons and especially black-crowned night herons which are endangered in Illinois.  The nesting structure was the combined effort of the Cook County Forest Preserves, and local businesses and community organizations, including CFC. (Click individual images to enlarge.)

Ordinarily the rookery is protected by a law covering migratory birds and so the public is not allowed to get close to it. However, the ability to count nests and new fledglings is a good reason to let some humans near the birds once a year.

Early in the morning before Tuesday’s bird count, a crew from the Cook County Forest Preserve ventured out to the island rookery to band the baby egrets. Their parents have fled, leaving the baby chicks defenseless.

CFC volunteer Diane Bodkin says the Forest Preserve purposely did the banding especially early just before the CFC count, so that the birds would not be stressed more than necessary in the heat. “We bird counters were very impressed with the Forest Preserve guys’ efficiency, done in a half hour, and their genuine concern for the welfare of the baby birds.”

Citizens for Conservation’s mission is “Saving Living Space for Living Things” through protection, restoration and stewardship of land, conservation of natural resources, and education. For more information about the work they do, visit their website at CitizensforConservation.org. 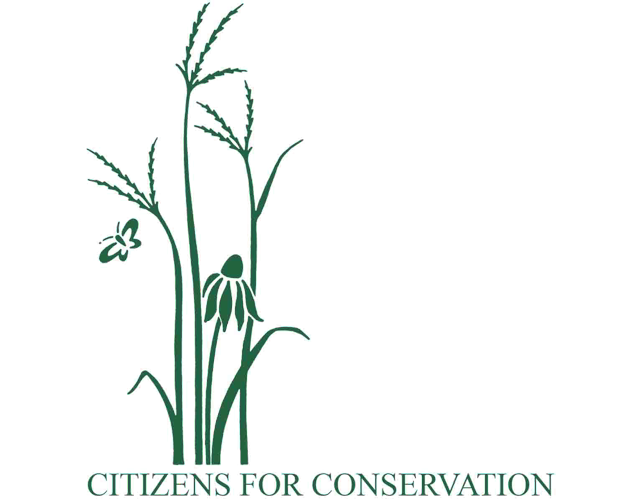