Smart Moves, Things to Do

It’s graduation day for Barrington High School’s Class of 2014! The ceremony starts at 7 p.m. tonight at Willow Creek Community Church. We’ll be sharing video coverage of this year’s ceremony but I wanted to take a few minutes to reveal some interesting facts about the 730 students in this year’s graduating class.

Each year, Principal Steve McWilliams shares a list of honors and accomplishments that define the current graduating class.  And, this year, it’s quite an impressive list!  Here’s a look at the graduating class of 2014’s achievements in academics and in service, by the numbers… 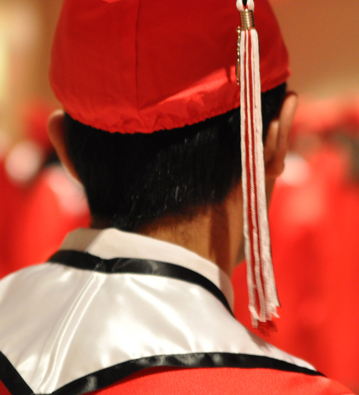 213
Members of the class who are Illinois State Scholars

24
Members of the class who are National Merit Commended students

4
Students who earned a perfect 36 on their ACT

The top ten student destinations for post secondary education in alphabetical order are:

Other highly selective schools that will be welcoming Barrington High School graduates include:

70
Number of students who volunteered 200 or more hours.

2
Members of the class who performed over 1000 hours of community service on their own and two Barrington High School seniors are bronze medal finalists for the Prudential Spirit of Community Award.

(Each year the Daily Herald selects a Leadership Team from local seniors. Barrington High School has 2 representatives on the team this year.)

What an impressive list of accomplishments for this year’s graduating class!  Congratulations on all of your hard work and achievements, Class of 2014.  We wish you the very best as you head to college and we look forward to hearing about your many achievements beyond Barrington High School.