A Cary mother to ten-year-old triplets is on the road to recovery after a breast cancer diagnosis led her to a team of medical experts at Advocate good Shepherd Hospital in Barrington.  Amy Suyko not only feels like herself again, she’ll be throwing the first pitch to start the Cubs game at Wrigley at 3:05 p.m. this Friday, July 25th!

While vacationing in Puerto Vallarta, Mexico, then 40-year-old Aimee Suyko felt a lump in her breast. Having felt them before, she didn’t think it was anything to worry about. After returning from vacation, a mammogram and ultrasound raised concerns and the biopsy and MRI confirmed her worst fear. The tumor was malignant: she had breast cancer.

A mother to ten year old triplets, Suyko and her husband’s first obstacle to tackle was how to tell their children. She shares that “the kids knew I had testing done and were aware of a possible concern, we wanted them to hear the news from us. We live in a small town and knew once we started telling people, everyone would know.”

They were honest with the children in that they didn’t know what the process would be yet but they would keep them informed every step of the way, not hiding anything from them.

The size of the tumor determined that she was a candidate for a lumpectomy. However, with Suyko’s family history of breast cancer, they discussed the course of treatment that would give her peace of mind in the future.

“I knew right away that I wanted both breasts removed because I didn’t want to constantly worry that the cancer could come back in a few years,” Suyko says.

“Choosing to undergo a double mastectomy is a difficult decision for women, but based on her family history Aimee was being very proactive with her health,” Dr. Rosen says. “I think that for young women with breast cancer and a strong family history, the prospect of never having another mammogram again can be very appealing.”

“This decision proved to be incredibly wise for Aimee since after we removed both breasts, the breast without the tumor did have precancerous cells in it,” he says.

Due to the size of the tumor and that her lymph nodes were clear, Suyko did not need to undergo any chemotherapy or radiation but is on a ten-year regimen of the cancer drug tamoxifen.

Suyko said she couldn’t have gotten through the process without the support of her husband, family and friends in her community. 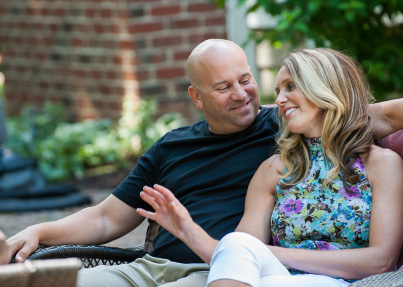 “I’m a person who doesn’t like to accept help from others but during my recovery from surgery I really did need to just sit down and let others take care of me,” Suyko says. “I couldn’t believe the kindness of our community and how they all came together to support the needs of our family.”

Five months later, Suyko had completed her reconstructive surgery and now a year after her procedures she finally feels like herself again with her energy and strength back.

“Owning my own fitness business, I was eating the right foods and exercising regularly so I couldn’t believe I was the one with breast cancer,” she says. “However, I kept up with my healthy lifestyle which I think helped during my recovery. I would recommend the same for anyone undergoing breast cancer treatment since movement and stretching really helped me.”

Going through this process made Suyko appreciate every day with her family and made her slow down.

“I was moving so quickly I didn’t always slow down to just enjoy time reading, playing and hanging out with my kids. Breast cancer has made me appreciate all the little things in life so much more,” she says. “I’m grateful for every day. I tried to do it all and now I’m more likely to ask for help. I think as women we all need to do that more.”

“As such a healthy person with such a shocking diagnosis, she reacted with incredible resolve, tenacity and strength,” Dr. Rosen says. “Even more so, Aimee has paid it forward by being a resource to newly diagnosed breast cancer patients who can benefit from her guidance. She is a true inspiration!”

Suyko has had numerous conversations with her daughter and her younger sister about the importance of knowing their family history and early detection. The American Cancer Society recommends yearly mammograms for women over age 40.

“If you feel a lump, go get it checked out right away and don’t just assume it’s nothing,” Suyko says. “If I can help just one person with that message, sharing my story is so worth it.”

To join the conversation on breast health and for more information, visit StoriesOfTheGirls.com.

Advocate Good Shepherd Hospital in Barrington, Illinois is a 169-bed acute care hospital with more than 700 physicians representing 50 medical specialties. It is part of Advocate Health Care, named one of the Top Ten hospital systems in the U.S. by Thomson-Reuters. Advocate is a faith-based organization that exists to serve its communities. For more about Advocate Good Shepherd Hospital, visit AdvocateHealth.com/gshp. 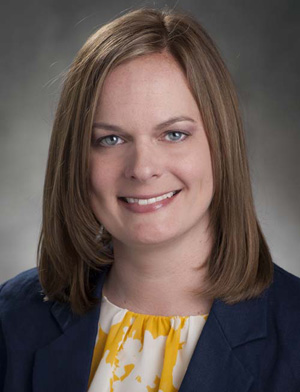 Erin Abbey is the public affairs and marketing manager at Advocate Good Shepherd Hospital in Barrington where she works on getting the word out about hospital news and accomplishments as well as community events and activities.

Erin recently relocated from Chicago to the northwest suburbs where she lives with her husband, two young daughters and her dog Kallie. When she’s not at work, Erin enjoys exploring new restaurants, practicing yoga and pilates, reading as much as possible and attempting to keep up with all the news on social media.

She is also the author of our 365 Barrington Health Beat series focused on advice from area physicians, the latest medical news and trends toward better health in and around Barrington.

Due to the program’s success, The Shepherd’s Circle…