On Thursday evening, with his 50th reunion approaching this weekend, Henry “Hank” Paulson, Jr. spoke to an auditorium filled with students and community members at Barrington High School. Paulson, a 1964 BHS graduate and the 74th U.S. Secretary of the Treasury, was honored as this year’s Barrington 220 “Alumni Legend.” He was interviewed by his lifelong friend (and, many observed, near twin) Jack Train, a Barrington native who is now a real estate development specialist residing in Boston.

In a candid conversational format, Paulson and Train covered topics ranging from the role of education to China’s economic and environmental challenges. When Train asked what role the Barrington schools had in his life, Paulson responded that the schools played a central part in preparing him for his collegiate and graduate studies. He cited Mr. Peterson, his fifth grade teacher at Hough, and Mr. Wingate at Countryside for inspiring his love of history and the natural world.

To the students in the audience, Paulson made sure to say that he “guarantees that he didn’t apply for the role” of U.S. Secretary of the Treasury, noting that he did not have a relationship with George W. Bush prior to being tapped for the job. Nor did he anticipate that his tenure at Goldman Sachs would end with him leading the global investment firm. On the contrary: Paulson said he is distrustful of “career engineers” who plot their paths from start to finish. Instead, he followed his own advice of “finding something you do well and enjoy.”

Rather than carefully plotting their career moves, Paulson would rather see students focus on learning to work well with others, which he sees as the best job security in workplaces that are increasingly automated. “What job can’t we destroy? Jobs that require people skills. Finding solutions isn’t hard; it’s executing them that requires real people skills.”

Paulson credits his love of problem solving with helping him secure jobs in both government and the global banking industry, the combination of which prepared him well for his role as Treasury Secretary. “Every good leader I know runs toward problems instead of running away from them.”  He cites integrity as central to good leadership, and says that the most successful people he has known define their jobs expansively. “The best people I’ve worked with looked at the big picture, and promoted themselves before I promoted them.”

When asked how he managed job stress during 2008’s financial crisis, Paulson was matter-of-fact: “We’ve all gone through serious stress. If you’re boiling oil, it doesn’t matter at what temperature.” He said that even prior to the financial crisis, the “stakes always seemed high.” Days churned by, filled with phone calls and meetings. It was only at night that things sometimes got tough. “You’d wake up in the middle of the night…and the little problems seemed big, and the big ones seemed insurmountable.”

During the Q&A session, Paulson – who asked that audience members call him Hank – said that he still sometimes wonders if people realize how close the U.S. was to “economic Armageddon” during the 2008 crisis. He said the financial crisis and the resulting bailout should be viewed as a cautionary tale. “Bailouts are not something we should be applauding as a nation.” While he acknowledges that financial crises, such as the fallout from the housing bubble, often cannot be predicted, he places the blame with faulty government policies rather than with businesses. He feels that due to authorities that were put in place as a result of the 2008 crisis, the U.S. is now better prepared to deal with a financial crisis should one occur: “Today we have the best financial system in the world.”

These days, Paulson focuses his energy on conservation and improving relations between the U.S. and China. To this end, he founded The Paulson Institute, which Paulson describes as a “think and do tank” housed at the University of Chicago. He also co-chairs the Latin American Conservation Council of The Nature Conservancy and the Risky Business initiative, which examines the economic risks of climate change in the United States. His latest book, Dealing with China: An Insider Unmasks the New Economic Superpower, is due out next spring.

The Paulson interview and the private dinner afterward were held by the Barrington 220 Educational Foundation to raise funds for district expenses not covered by taxpayers. The Foundation, which has donated over $2.3 million over the past 15 years, has funded Project Lead the Way Gateway to Technology, which provides engineering and biomedical science curriculum for middle school students, and the Barrington High School Business Start-Up Incubator, which allows students to conceptualize, plan, strategize and operate their own businesses.

If you missed last night’s Alumni Legents event, you can watch the Henry Paulson’s interview right here with this video, courtesy of BHS-TV instructor Jeff Doles. 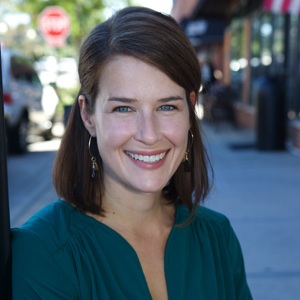 Renee Blue is a writer and producer at 365Barrington.com.

She has experience writing, editing, and producing for print, radio and online media.

When she manages to break away from her computer, Renee can most often be found spending time with her husband and two elementary school-aged boys, volunteering at school, or jogging and biking around town.

CLICK HERE to find all of Renee’s contributions at 365Barrington.com.