BHS-TV students Ariana Baldassano and Anusha Panchal along with their Barrington High School film teacher, Jeff Doles, have been invited by President Obama to attend the second annual White House Student Film Festival coming up on March 20th. The students earned the invite for the film they submitted to the fest called “My Brother’s Keeper – 2015 White House Film Festival”.  About ten groups out of 1500 entries nationwide are offered an invitation to this prestigious event! 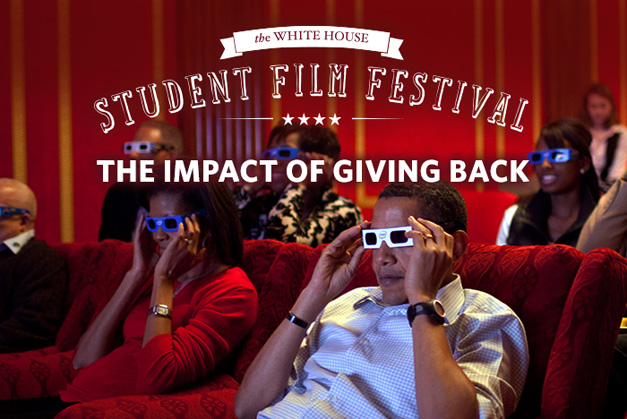 The theme of this year’s White House Film Fest is “The Impact of Giving Back.”  BHS-TV’s entry highlights several stories, including student efforts to raise funds and purchase athletic prosthetics for Schaumburg High School student Sabik Cohran whose legs were amputated at age two due to a birth defect.

Their video also tells the story of Barrington High School’s Brothers Keeper Club, a group of students who travel to South Dakota during the summer to help the Dakota children of the Crow Creek Reservation under the supervision of guidance counselor, Ray Piagentini.

RJ Sachdev, Jack Coombs, Alex Gaul, George Baldassano and Matt Siapkaris also contributed to the video.  In their 2015 submission, BHS-TV’s talented filmers make clear that they believe in changing the lives of others, one video at a time.

BHS-TV teacher Jeff Doles says being invited to The White House is an incredible honor for his students. The high school’s BHS-TV department earned an honorable mention during last year’s inaugural White House Film Festival when the them was, “The Power of Technology in Education”. Not only have students Ariana Baldassano and Anusha Panchal been invited to this private screening at the White House, they may have the opportunity to meet President Obama, who was in attendance last year.

For more information about the White House Film Festival and this year’s assignment, visit WhiteHouse.gov.FilmFest.