“I am humbled by the overwhelming support and enthusiasm I have received from friends, supporters, voters and community leaders like these, since I announced my candidacy one week ago.” said Sauer. “The constant theme that I hear across Lake County and District 51 is that people want to make Illinois a better place to live, work, invest and raise a family again. The people of our district know that I will fight to do just that.” Sauer added. “I want to thank everyone that has reached out to me and look forward to earning the most important endorsement, the vote of the people across our district.” said Sauer.

As Illinois State Representative, Nick Sauer pledges to work hard to restore faith in our government, continue to be a fiscal watchdog, create common sense solutions to our complex financial problems and inspire families and young people to believe in Illinois’ future.

Nick Sauer currently serves as a Lake County Board Member and Forest Preserve Commissioner, as well as a Director on the Illinois Tollway Board, appointed by Governor Rauner. 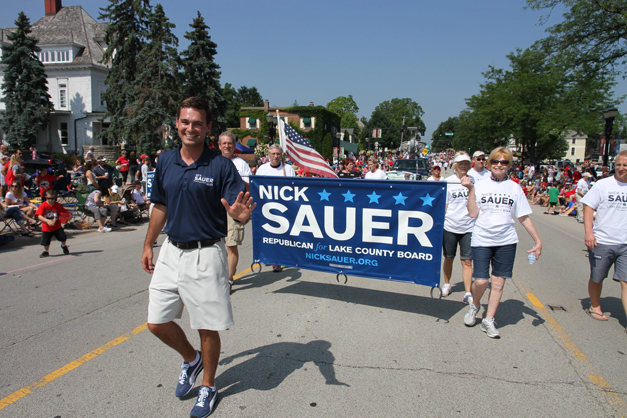