After writing about Barrington for the past 6+ years, I’m always delighted when I make new local discoveries. Sometimes they’re locally produced products. Sometimes they’re off-the-beaten-path places. But the best kind of discoveries are people who are accomplishing amazing things right here in our own back yard! 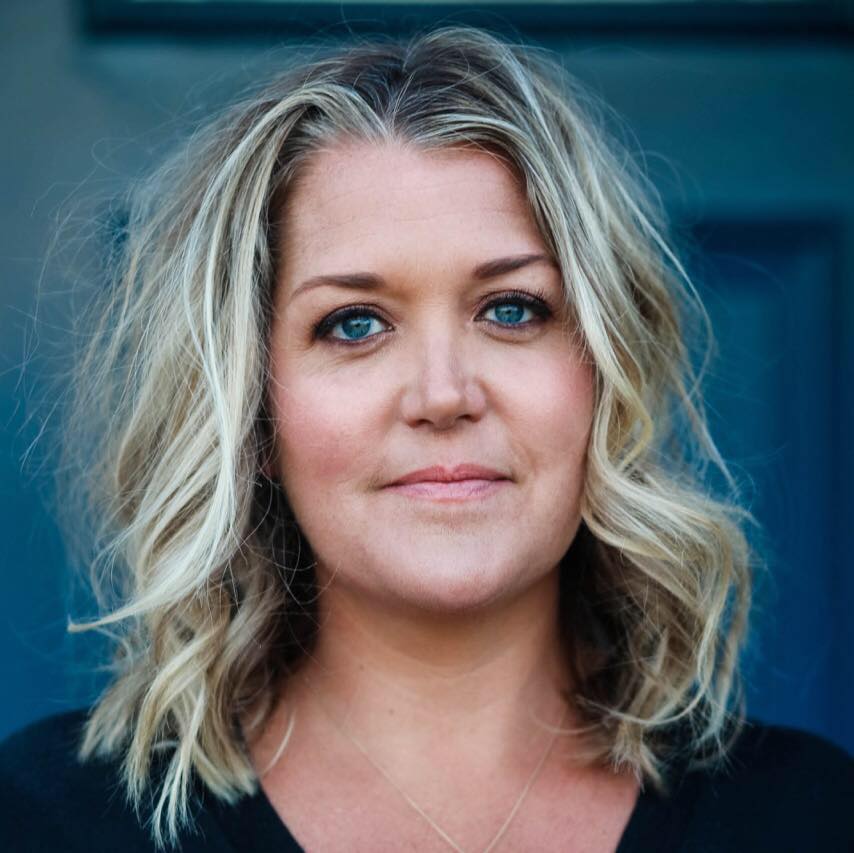 Author Shauna Niequist is a recent example. After seeing pictures of her books, Savor, Bread & Wine, Bittersweet & Cold Tangerines on her readers’ bedside & coffee tables popping up all over social media this year, I made the connection that Shauna lives and writes right here in Barrington. Because her love of connecting with family and friends over food is evident in her work, I recently asked Shauna if she’d author a post in our Heinen’s Sunday Supper series. With her new book Present Over Perfect due to be released this summer and a full schedule as a mom and guest teacher at Willow Creek Community Church, I thought she’d be too busy.

But Shauna agreed to share a glimpse into one of her own favorite family mealtime traditions. Who says you can’t have Taco Tuesday on Wednesday for Sunday Supper :)? Thanks for sharing, Shauna!

Taco Wednesday with the Niequists

If Sundays are a family dinner night or a neighborhood dinner night for you, I highly recommend making it a Taco Sunday.

If the weather’s nice, we eat outside while we take turns throwing the Frisbee or shooting baskets with the kids. My kids are so fortunate to have two grandmas and two grandpas who are very involved in their lives, and uncles and aunts, too. It’s such a gift for us to spend time with both sides of our family as often as possible, whether that’s in our driveway eating tacos and shooting baskets, or swimming at the pond at my in-laws house in Algonquin.

Like all families, our weeks are busy—work and travel and school and art classes and play-dates. Weeknight family dinners, then, are a chance to catch our breath, reconnect, relax and laugh and play together. These evenings are the opposite of stuffy, formal, just-one-more-thing-on-the-calendar nights—these meals are the home base where we exhale and connect and remember that the time we spend with the people we love is more important than the details and deadlines of the day.

The menu differs from week to week—sometimes I make barbecued black beans, sometimes a whole stack of quesadillas. Sometimes I braise chicken thighs in salsa and throw in onions and peppers. But some of our very favorite Taco Wednesday recipes are Henry’s Guacamole, Esquites, and Jennifer’s Catbirds.

I think every family has their own version of guacamole, and everyone thinks theirs is the best—but I’ll be honest: I’m pretty our son Henry’s is the best.

Our friend Joe says that garlic powder is the secret, and a chef friend named Brad says that everything in guacamole should be green—green onions, cilantro, lime. One of our favorite restaurants has a guacamole of the day that has all sorts of things in it—sometimes watermelon, sometimes pomegranate seeds, sometimes diced cucumber.

But as for our house, we keep it pretty simple, and pretty mild, because the kids aren’t into a lot of heat. We do keep a bottle of Cholula or green Tabasco (my favorite) next to the guacamole for those of us who like some spice.

When Henry and I make this together, I halve and pit the avocados, and then Henry scoops out the flesh and mashes it well. While he’s doing that, I cut the limes in half so that he can squeeze the juice over the avocados, and then I chop the tomatoes, jalapeño, onion, and cilantro. When the avocado and lime juice is mashed well, he adds in the rest of the ingredients, and stirs well.

Then the fun begins: we dig in with chips, and taste test to see if we need more heat, more citrus, more salt, whatever.

There are a million ways to make esquites, and my favorite is from Bien Trucha in Geneva. Once when I picked up takeout, I didn’t let the fact that I had no utensils stop me from tipping the takeout container straight into my mouth while driving.

Jennifer is a native Californian, which means she has strong feelings about things like carnitas. I asked for her recipe after a Cinco de Mayo party where her carnitas stole the show. We’d just had a conversation about the evils of auto-correct, and then she sent me her carnitas recipe, which auto-corrected to Catbirds. The name stuck, and in our little corner of the world, these will forever be “Jennifer’s Catbirds.”

If you’re already a Shauna Niequist follower, I know I’m preaching to the choir. But as a newcomer to her fan club, I highly recommend picking up one of her books today. I started with Savor, 365 Devotions about Living Abundantly Where You Are, As You Are. She had me with the “365” ;). Each page offers little nuggets of wisdom that put the challenges and celebrations of each day in new perspective. Because the book itself is beautiful, I resisted breaking out my highlighter to keep the pages picture perfect. It wasn’t long before I caved.

Shauna is married to Aaron, and they have two boys, Henry & Mac. They live in the Barrington area where Aaron leads The Practice and is recording a project called A New Liturgy, and Shauna is a guest teacher at Willow Creek Community Church. To learn more about Shauna, visit her website at ShaunaNiequist.com.

Heinen’s Grocery is located at 500 N. Hough Street, between E. Main Street and Route 14 (next to Meatheads) in Barrington, Illinois. They’re open 7 days a week from 8:00 a.m. to 8:30 p.m. For more information, visit Heinens.com.

Over two weeks in to Illinois’ “stay-at-home” order…