She’s a student of Luciano Pavarotti. She’s one of the few sopranos to sing with “The Three Tenors.” She’s performed leading roles at every major opera house in the world. And very late last night, after several delays and a detour for fuel, opera star Kallen Esperian’s flight from Nashville finally arrived in Chicago. She has returned to her high school home in Barrington this weekend to perform in a high school musical like you have never seen before. 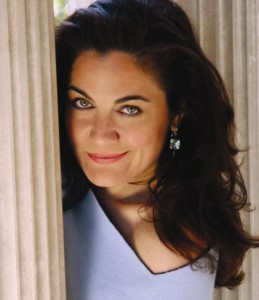 About 200 alumni who were part of Barrington High School musicals over the past sixty years are meeting in Barrington this weekend to be part of a very rare and special reunion performance. They’re reprising numbers from the musicals performed at the school over the years in a special tribute to the performing arts department and the people who helped give them the confidence to become who they are today. 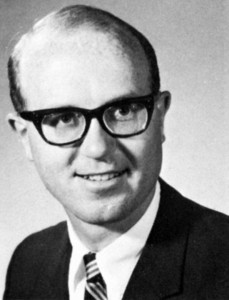 People like one of Kallen Esperian’s first mentors, Phil Mark. He was the head of Barrington High School’s choral department when Kallen was a student and still finding her way. In her 1979 yearbook, the year she graduated, Phil Mark wrote, “Dear Kallen, Let me know when you make it to “The Met”. Love, Uncle Phil.” Kallen says it was this simple sentence and Phil’s role in her life that helped launch her career. I could hear the emotion in her voice on the phone yesterday when she said, “If it had not been for him, I don’t know what I would have gone on to do. But I’m not sure I would have become an opera singer.”

Phil Mark helped Kallen get the audition that allowed her to study voice at the University of Illinois. During Kallen’s sophomore year of college, Phil and his wife were tragically killed in a car accident. But it’s amazing how much he is still present today as these reunion shows approach. So many people who are taking part say they owe so much to Phil and the simple fact that he believed in them.

In 1985, in her early 20’s, Kallen Esperian was one of the winners of the “Luciano Pavarotti International Voice Competition” and she has performed with Pavoratti many times. Two years after she received that honor, Kallen made her debut at New York City’s Metropolitan Opera Theater opposite Placido Domingo in “La Boheme”. 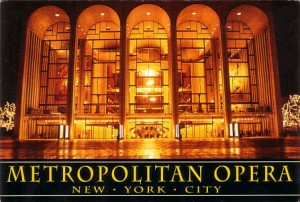 When the curtain rose on that debut night at “The Met” back in 1987, Kallen says she quietly whispered, “Thank you, Uncle Phil.” It’s with that same spirit of gratitude that she and many other storied Barrington High School graduates are returning to again take the stage to thank all of their performing arts mentors at Barrington High School.

If you haven’t heard Kallen’s voice before, watch this video of her 1991 performance of “Ave Maria” from “Othello” at L’Opera Bastille in Paris.

Kallen says, “To see a High School that still values and emphasizes the performing arts is so encouraging in this day and age when there are a lot of schools that are cutting back on all of that.” With a 17-year-old son of her own, the “light of her life”, Kallen says she wants for today’s children what she had as a teen. That’s why she says she wouldn’t miss this weekend’s performances. 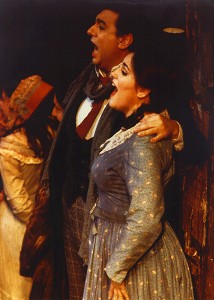 While Kallen is in town, she will be teaching a master class today to six voice students.  That will happen from 1 – 4PM in Barrington High School’s choral room accompanied by the high school’s current choral director, another revered mentor, Nancie Tobison. These sessions are open and you are invited to observe. During this weekend’s performances, Kallen will be singing a solo from “Carousel” and a duet with one of the leads from the high school’s spring musical this year, “Beauty and the Beast”.  She’ll also be leading the performers in a special tribute song to Phil Mark and the Performing Arts Department.  The alumni have been rehearsing for these shows for months and there are still tickets available.

The “Musical Revue” dress rehearsal performance will take place this Friday at 7:30PM. The gala performance will be Saturday at 8PM and there is also a “family matinee” scheduled for Saturday afternoon at 2PM.  The money raised will fund a new endowment created to celebrate Barrington High School’s Performing Arts Department and an annual senior award for student achievement.  To purchase tickets and experience these nights to remember, visit BHSTheater.com, call 847-382-6060 or drop by the performance headquarters at 141 W. Main Street (the old Chuck Hines building across the street from the Jewel) in Barrington.