179. Five Fun Places to Celebrate a Barrington 4th of July

July 4th is this Friday and Barrington residents are getting more and more excited. Every year they’re seen donning their red, white and blue attire at the Barrington Brat Tent, Fireworks and 4th of July Parade.

But these three much-loved Barrington 4th of July traditions aren’t the only ways to let your patriotic flag fly if you’re celebrating in town this week.   To help get into the holiday spirit a little early, we came up with a list of FIVE FUN WAYS and local places where you can show your (red, white and blue) stripes right here in Barrington.

There is really no better way to be patriotic all year long than to shop at Norton’s U.S.A., a local, Barrington original store that sells only American-made products bought from over 500 American companies. Stop by the shop this week to buy anything from clothing to household items, to food. They even have a collection of patriotic merchandise in honor of the 4th, that features festive items such as red and blue popcorn, “Made In The U.S.A.” t-shirts and red, white and blue spatulas.

“We do it to help the American worker and we think it’s really important. When you shop here you really feel like you’ve done something to help America,” says store owner Deborah Leydig. “We just have a great time. We love Barrington…and we’re going to be open during after the parade on Friday.”

This popular event is an 18-year Barrington tradition and a fantastic way to celebrate on July 4th. In addition to 5K and 10K courses, the run will also have a 2K walk throughout downtown Barrington. Registration starts at 6 a.m. and the race starts at 7 on Friday morning.  Proceeds from this event will continue to benefit the cultural arts in Barrington.  CLICK HERE to sign up online or call 847-620-4580 to register for the holiday race.

In honor of and in preparation for Barrington’s 150th anniversary in 2015, the historic Barrington White House on Main Street is being restored and renovated for community gatherings. After this Friday’s 4th of July parade there will be an open house until 3 p.m. where residents can tour the building and view architectural and interior design plans.

“The work on the house will be completed in 2015,” Barrington Director of Economic and Community Development Peggy Blanchard said. “Many of the events that are being planned for the sesquicentennial next year will be held at the Barrington White house.”

Our very own local Heinen’s Grocery store is featuring a variety of fun, patriotic foods that you can buy for the holiday. They have all the makings for a Fourth of July picnic or feast, including kabobs, wine and beer, prepared foods and Billy Bones smoked ribs with Heinen’s very own smoked barbeque sauce. They also have jumbo cherries, watermelon, corn on the cob and lots of other produce. Their July 4th themed cupcakes and cookies or Heinen’s bakery brownies are the perfect dessert.

Heinen’s Front End Manager Diane Ovington says Heinen’s has everything you need for your 4th of July parties and picnics.”  “It’s all right here at Heinen’s and we would just love for you to stop in and say hello for the holiday.”

The annual event will be held at the Barrington White House from 11:30a.m. to 3:00p.m., immediately following the parade. At the event, Barrington’s Sesquicentennial Committee will be collecting documents of historical significance to Barrington, and encourage all residents to bring any collectables they wish to share with others via a scanner system.

“The road show is for people who have historic archives about the history of Barrington,” Barrington Director of Economic and Community Development Peggy Blanchard said. “It’s inviting the residents that have lived here through generations to bring in documents and have them preserved for future generations so that people can learn about our community.” 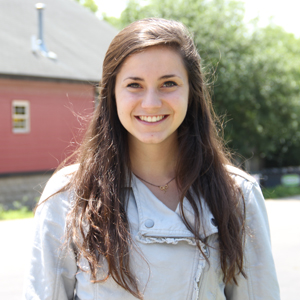 Madison Rossi is a recent Barrington High School graduate and an aspiring journalist.

She is heading to Northwestern University’s Medill School of Journalism to begin her undergraduate studies this fall.

Watch for more posts about the Barrington community authored by Madison this summer at 365Barrington.com.