Where:
The Jazz Patio event will be held at the Gazebo located in the center of the shopping center near Yankee Candle, Hot Mama, Paper Source and lucy.  Seating will be available and it is also advised to bring your own chairs as well.  Outside alcoholic beverages and coolers are not permitted in the shopping center and at the event.  Wine and beer will be available for purchase. There is no charge to attend Jazz Patio.

Shop for a Free Lunch:
Spend $100 or more on same-day receipts on August 9 and lunch is on Deer Park Town Center!  Redeem at the Jazz & Shop table near Hot Mama.  One per person, while supplies last on August 9th only.

What Guests Love:
Regina Verdico says Deer Park Town Center’s Jazz Patio event adds an extra and element of fun to the shopping experience. “Not only are you surrounded by great retail, now you can sit back with your family and enjoy fabulous music, wine and your kids will be entertained too!”

New This Year & Back by Popular Demand:
This year, drum virtuoso Jimmy Chamberlin of the Smashing Pumpkins is performing with platinum selling saxophone powerhouse, Frank Catalano. And jazz favorite, Judy Roberts, is returning for a second year to perform with vocalist Paul Marinaro and Saxophonist Greg Fishman. 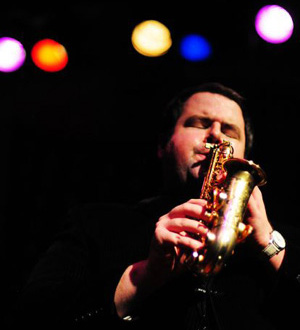 Now 36 years old, Frank Catalano has been described by Down Beat magazine as “John Coltrane energy for the 21st Century”. Catalano is the only known saxman to have played with Miles Davis, Randy Brecker, Charles Earland, Elvin Jones, Stan Getz, Betty Carter, Von Freeman, Tito Puente, Tony Bennett, Les Claypool (Primus) and Louis Bellson while still in high school! This led to his signing to Delmark Records at age 18 and a string of critically acclaimed recordings. Catalano has been heard by millions of people all over the world thanks in part to 3 Grammy-winning and 11 Grammy-nominated recordings with artists such as Jennifer Lopez, Destiny’s Child, and John Legend. His past 2 solo CD’s for the legendary Savoy/Columbia Label have topped the Billboard sales charts.

For over 15 years, Jimmy Chamberlin was the driving engine behind the super group the Smashing Pumpkins, earning him the respect as one of the most popular and influential drummers in rock music history.

With the Smashing Pumpkins, Chamberlin re-defined the way rock drumming was conceptualized while creating his own signature sound that can be heard on multiple Grammy and American Music award winning recordings. Jimmy has been seen on multiple MTV Music Video Awards and the cover of Rolling Stone Magazine. Chamberlin also collaborated with Billy Corgan on his solo recordings and with the band Zwan. Chamberlin enjoys performing with his solo project called the Jimmy Chamberlin Complex.

Both Jimmy Chamberlin and Frank Catalano pull from their past influences and experiences to create a sound that can best be described as a high energy jazz /rock with elements of soul and ambient undertones. Performing original compositions, experimental music, with a few classics in the mix, the Catalano/ Chamberlin band forges new sounds while drawing from the past.

if you can’t make today’s Jazz Patio, check out these other exciting events coming up at Deer Park Town Center…

Festival Highlights:
ARTumn Harvest is an annual outdoor art fair hosted on the patio surrounding the gazebo at Deer Park Town Center. This year the event is growing with more artists than ever. Plus, they will be giving away tickets to the VIP pre-party on Friday, September 12th.

And Deer Park Town Center is already planning their big events for much later in the year, including their Recycling & Shred Event on Saturday, October 4 and Fall Festival Trick-or-Treat on Saturday, October 25th. As always, they will be hosting their annual Santa’s Arrival Fireworks Extravaganza Veteran’s Day Weekend on Friday, November 7th and honoring our soldiers with a Red, White & Blue finale.

And finally… Did you know that many of the retailers at Deer Park Town Center are dog-friendly? Look for the “dog-friendly” decals on the doors of about three dozen stores and restaurants or CLICK HERE for the list of places that welcome your four-legged friends in their stores or on their patios.