We’ve reached Day 12 on our Barrington ChristKindlFest countdown. And we’re wrapping up our list of reasons not to miss the 4-day fest with reason #12, which is the fact that ChristKindlFest is the perfect place to make new family memories! Bring your cameras and your kids to the fest this weekend where you’ll find opportunities to meet St. Nickolaus in the European tradition, “jolly” Santa AND his reindeer!

To celebrate Saint Nicholas Day, the traditional Saint Nickolaus will be visiting families at ChristKindlFest from 11 a.m. to 2 p.m. on Saturday, December 6th. And this isn’t your ordinary St. Nick. He’s also known as Phillip Wenz and, when he’s not at ChristKindlFest, you’ll find him visiting with children at Santa’s Village.

In the German and most European cultures St. Nickolaus only appears on his saints day on the eve of Dec 5 and 6th. He only gives gifts of sweets. He does not appear any other time. Also note the attire which Phillip purchased in Europe. He even went to have it blessed in Italy.

As a four-year-old child, Phillip donned his first Santa outfit. By the time he was fourteen he was in his first parade and at the ripe old age of twenty-three, he became the year-round Santa Claus for the iconic Santa’s Village theme park in Dundee, Illinois. It is an association he has now had for nearly 30 years. 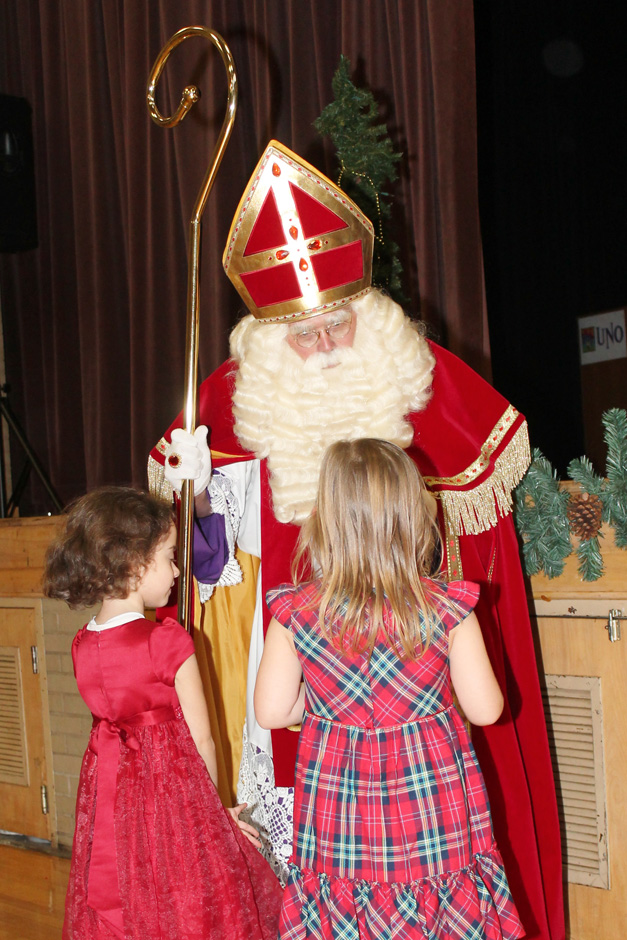 Phillip Wenz is the longest tenured Santa in the park’s 55-year history and is one of the very few true full-time, year-round professional Santa Clauses in history.

He appears in costume at the park and at special events over 200-plus days a year.

Wenz is, bar none, one of the most experienced Santas ever and is the creator of the Santa Claus Oath, which is widely accepted by nearly every Santa portrayer across the globe. The Oath outlines eight principles that any portrayer of Santa Claus should follow. Wenz created the Oath in April 2008. The framework of the Oath was inspired by two legendary Santas, Jim Yellig of Santa Claus, Indiana, and Charles W. Howard of Albion, New York. The Oath is dedicated to both of these men.

In March of 2009, at the worldwide Santa Claus Convention in Gatlinburg, Tennessee, Wenz gave the keynote speech and presented the Oath for the first time in public to the Santa Claus community. At the convention, over 650 Santas, Mrs. Clauses, and helpers recited in unison the Oath’s eight principles.

For more info about Phillip Wenz and the Santa Claus Oath, visit SantaFromSantasVillage.com.

If you can’t make it to ChristKindlFest to see St. Nicholaus today, you can come back tomorrow to see “American” Santa who will be visiting with guests from 11 a.m. to 5 p.m.  Also tomorrow, don’t miss the chance to take photos with Santa’s reindeer from noon to 4 before the fest closes at 5 p.m.

Hosted by the Barrington Breakfast Rotary Club and the Barrington Village Association, ChristKindlFest runs from December 4th to 7th: Thursday 10 am to 11 pm, Friday and Saturday 10:00 am to midnight, and Sunday 10:00 am to 5:00 pm. The fest will feature shopping at 20 Germanic chalets, kiddie rides, visits with Santa & reindeer PLUS international food, drink and non-stop live music & dancing inside a massive heated holiday tent. (CLICK HERE for our Guide to ChristKindlFest, 2014)