365 Weekly, For Fun, Nightlife, Seasons, Summer, The List Year to Date, Things to Do, Thursday

30. Get Your Motor Running for Weekly Cruise Nights

Home Newsroom 30. Get Your Motor Running for Weekly Cruise Nights

Get your motor runnin’…Head out on the highway…Lookin’ for adventure…And whatever comes our way. Yeah Darlin’ go make it happen…Take the world in a love embrace…Barrington CRUISE NIGHTS are Back…Let’s explode into space… 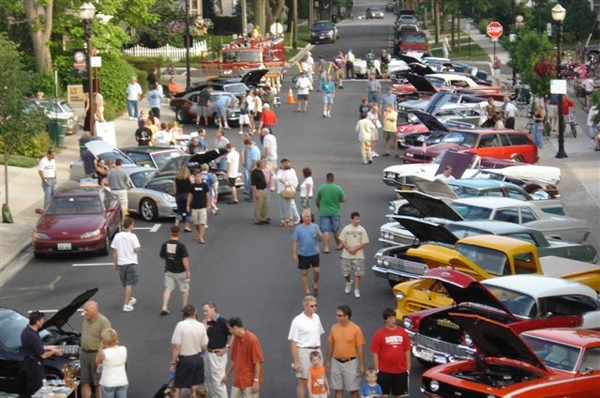 Do you like smoke and lightening? Heavy metal thunder? Racing with the wind? And the feeling that you’re under? Crank up the volume, channel your true nature’s child, push the “play” arrow below and read on…

Tonight kicks off the 8th season of Barrington Cruise Nights. The weekly car show happens every Thursday night from June 2th through September 1st at 6:30 p.m. This event is FREE and is located in downtown Barrington in the Harris Bank Parking lot on South Cook Street, just south of Lake-Cook Road. Each week there will be food and ice cream vendors, fantastic prizes and entertainment by Bob Roig of Priceless Parties.

Here are the weekly themes scheduled for this year:

Barrington Cruise Nights are a blast! But you don’t have to take my word for it. Students at Barrington High School put together this great video that’s all about Cruise Nights and interviewed the car fans who wouldn’t miss it. Check it out here and hope see you out crusin!

2 responses to 30. Get Your Motor Running for Weekly Cruise Nights