We’ve waited all year, but the day has finally come! The 9th annual season of Cruise Nights and one of the most popular weekly attractions returns to downtown Barrington TONIGHT. The Village of Barrington’s first Cruise Night of 2012 was rained out last Thursday, which was supposed to be “Chevy Night”. So get ready for a double header tonight with Chevys and Exotic Cars taking the Cruise Night spotlight. 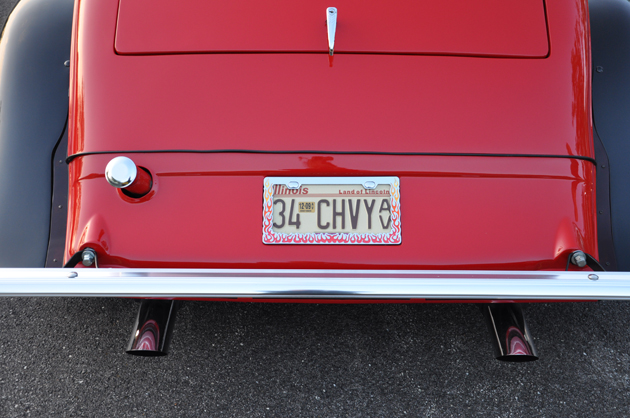 There are 13 Thursday Cruise Nights scheduled to take place in Barrington this summer and each week has a different theme.  Fans vote for their favorite cars in the weekly theme and the winners get “People’s Choice Award” plaques, a picture of their car on the Village of Barrington’s website and bragging rights for the entire month!  To get revved up for the new season of Cruise Nights, I picked a good old song with some great driving lyrics as a little background music for this post.  Can you guess what it is?

I’ve been drivin’ all night, my hand’s wet on the wheel.
There’s a voice in my head that drives my heel.
It’s my baby callin’, says I need you here.
And it’s a half past four and I’m shiftin’ gear…

To get your motor running, be sure to play the video below before your read on…

Village of Barrington marketing director, Anne Garrette, organizes Cruise Nights every year.  She likes to call Barrington’s Cruise Nights the ‘Friendly Car Show’.  “There is no charge.  Anyone can come down.  There are hula hoop contests, food vendors, music and dancing.  It’s an event for our Village, the community and families and it’s supposed to be fun.” 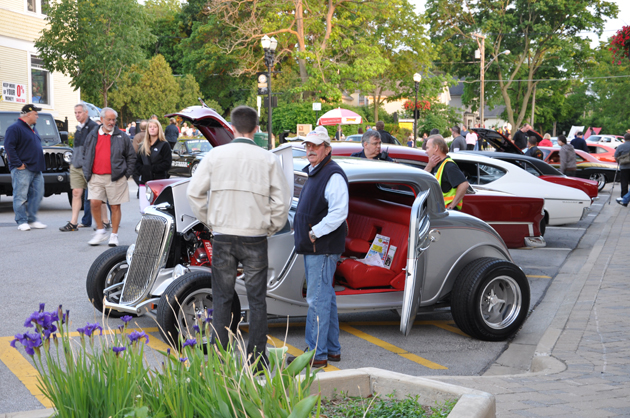 Cruise Nights will feature a great mix of rotating food vendors this year, plus there’s a featured non-profit organization at the event every week.  You’ll find food this year from Kooker’s, Sergios Pizza, McGonigal’s Pub, Subway and Coopers Pizza plus treats from Kaleidescoops and the SweetSpot Candy Shop.  Egg Harbor, Einstein’s Bagels and other surrounding merchants will also keep their doors open late, until 7 p.m., on Cruise Nights every Thursday.

And another main Cruise Nights attraction is the weekly entertainment. DJ Bob Roig (a.k.a. “Bob the DJ“) will be back this year, spinning popular songs that match the weekly theme.  Plus, you can watch performances by local dance companies, gymnastic displays, public safety demonstrations and even a few impromptu Flash Mobs as you check out all the rides.

So here’s a list of the Cruise Night themes for this summer.  Keep in mind that Corvette night is the most popular.  So if you’re looking for lots of sizzle and excited crowds, be sure to pencil that one in.  There are also two new themes this year.  You’ll find “Red White and Blue Cars” on display during 4th of July week plus there’s the new “Orphan Car” week where you’ll find cars like Pintos and Studebakers that are no longer made.

Cruise Nights kicks off at 6:30 p.m. every Thursday night this summer in Barrington. There will be show cars parked along Cook Street, south of Station, and in the Harris Bank parking lot.  It’s a great way to grab dinner after you meet your favorite commuter getting off the Metra train and we can’t wait to see you there! 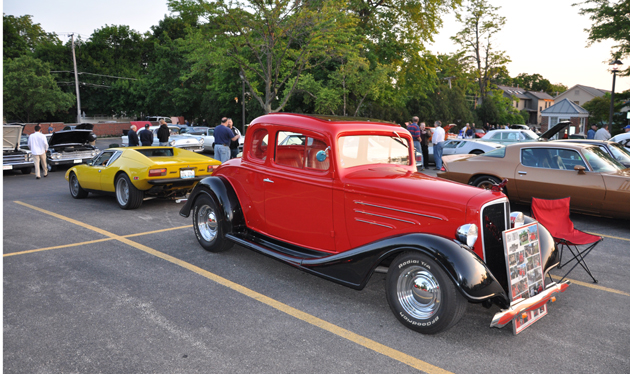