Every year, news travels about various infectious disease outbreaks…but this year is a bit different with a mumps outbreak plaguing the National Hockey League (NHL). Multiple teams have been affected, several players have been sidelined, and meanwhile, many are left wondering how mumps is mysteriously multiplying from player to player.

Mumps is a vaccine-preventable disease defined by symptoms of fever, headaches, muscle pain, fatigue and swollen glands. It is a droplet respiratory disease spread person-to-person and generally from close, prolonged contact. 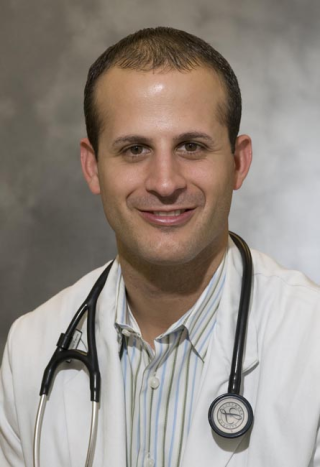 Dr. Philip Favia, a family medicine physician at Advocate Good Shepherd Hospital in Barrington, Ill., says a mumps outbreak in the NHL isn’t surprising given the close contact both during the game and in the locker room.

“Mumps is spread through the saliva or mucus from the mouth, nose or throat of an infected person through coughing, sneezing, talking or sharing things like drinking cups. Hockey players are in close contact with each other that transmission certainly is possible,” Dr. Favia says. “The typical incubation period of mumps is 12 to 25 days which means a person won’t have symptoms, but is contagious.”

The Centers for Disease Control (CDC) recommends two-doses of the Measles Mumps and Rubella (MMR) vaccination, but unfortunately it is only about 88 percent effective.

“Mumps is a contagious disease caused by a virus so there’s really not much we can do to treat it other than wait it out and make the patient comfortable,” Dr. Favia says.

“A few of the typical symptoms include fever, headache, aches and swollen glands under the ears or jaw lasting from seven to 10 day.  My recommendation would be to have players stay home until they are no longer exhibiting symptoms, but even then they could have infected other players during the incubation period.”

Dr. Favia shares that players who have not yet received their MMR booster really should consider getting it since they will have some protection from mumps.

“It’s possible that some might not have received their second dose and that would make them more vulnerable,” he says.

Advocate Good Shepherd Hospital in Barrington, Illinois is a 169-bed acute care hospital with more than 700 physicians representing 50 medical specialties. It is part of Advocate Health Care, named one of the Top Ten hospital systems in the U.S. by Thomson-Reuters. Advocate is a faith-based organization that exists to serve its communities. For more about Advocate Good Shepherd Hospital, visit AdvocateHealth.com/gshp.

Rare offering in The Squires! Beautiful 1.2 acre property surrounds this home. Enter through a bright, open foyer to formal living and dining areas with views of the back yard. Spacious kitchen, updated approx 10 years ago features a center island,

Due to the program’s success, The Shepherd’s Circle…