It’s the first week of summer freedom for the 765 students in Barrington High School’s Class of 2015 after Friday’s graduation ceremony.  Our crew’s cameras were rolling inside Willow Creek Community Church as caps flew in honor of some pretty impressive achievements for this year’s graduating class. 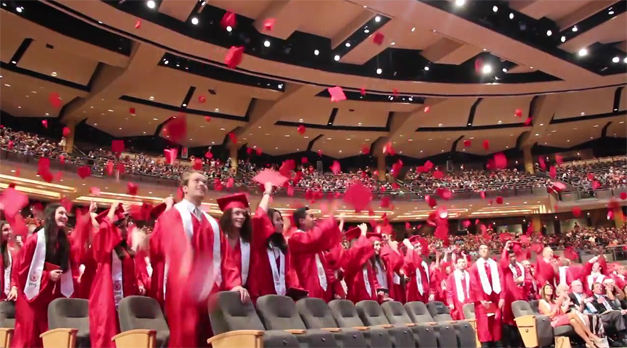 You can read all about the honors & achievements that define the Class of 2015 below and “by the numbers”.  But first, we too are celebrating a special BHS graduate this week.  After two years covering local events for 365BarringtonTV, reporter James Owen appeared on camera in his own cap and gown during our graduation ceremony coverage this year. 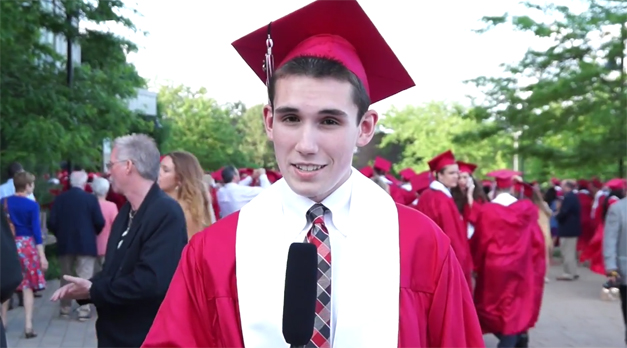 As James heads to DePaul University to study digital cinema and marketing, he’s passing the torch to new 365BarringtonTV reporter and incoming BHS senior, Tommy Derken.  The two of them (with filmer Jack Coombs) had a little fun as Tommy produced his video highlighting this year’s graduates.  Here’s a sampling of where students are headed to college, what they’re hopeful for and what they’ll miss most about Barrington.

As we celebrate fresh starts and new beginnings this week, here’s a look at the graduating class of 2015’s achievements in academics, athletics, arts and in service, by the numbers…

Congratulations and thank you for making Barrington proud, Class of 2015! We wish you much learning, adventure, friendship and success during this next phase of your lives.  And remember… Your futures may be bright, but lights will guide you home.