Fourth of July, Holidays, The List Year to Date, Things to Do

Thousands of parade-goers came out to celebrate a Barrington 4th of July during the community’s annual Independence Day parade down Main Street on Saturday.  Many who marched in this  year’s parade dressed in costume to represent the theme for 2015 which was “Barrington Through the Decades – A Sesquicentennial Celebration”. 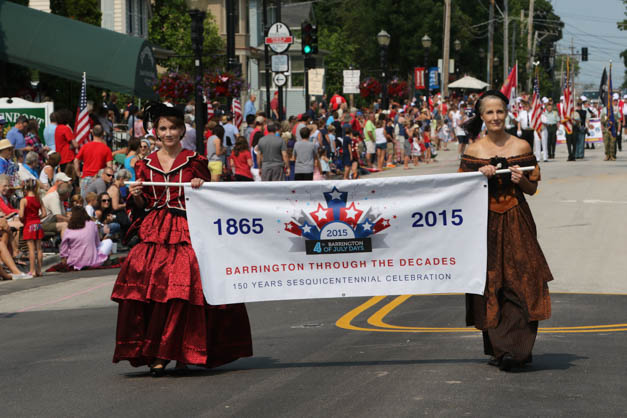 To capture the spirit of Barrington’s 150th birthday, all entrants chose a particular decade to represent during the parade (1880’s, 1950’s, etc.). Judges chose three parade winners for 2015.

These three winning parade entries may have this year’s bragging rights, but we’re taking a look back at this year’s parade in photos and by category!  There’s no better way to relive the parade than by viewing the parade images photographed by Bob and Anne Lee.  Here’s a look at the Veterans * Characters in Costume * Stars, Stripes and Spectators * Banners of Barrington and Horses, Horses, Horses!…

Representatives from Barrington area veterans organizations always take the lead during events that put Barrington’s patriotism on display.  And local veterans led the way, carrying the flags with pride during this year’s 4th of July parade.

From flappers to hippies to disco divas and historical figures, there were plenty of styles from bygone eras represented during Saturday’s July 4th Parade. Here’s a look at some of this year’s costumes spotted along the parade route.

Barrington’s parade draws thousands of spectators dressed in red, white and blue.  Part of the fun of watching the parade is seeing families dressed in patriotic colors as kids dash for candy along the parade route.

Barrington’s July 4th Parade is a great way to get acquainted with the civic organizations, charities, political figures and business that give our community its character.  Here’s a look at the the parade, by the banners…

As Chicagoland’s premiere equestrian community, Barrington’s 4th of July festivities would not be complete without horses along the parade route.  The horses that take part in Barrington’s parade are always a highlight!

If you were out of town or missed Barrington’s July 4th parade, stay tuned for our videos. We had multiple filmers covering the parade, brat tent, Barrington’s White House grand opening and 4th of July fireworks. Watch for our series of videos highlighting all of this year’s holiday festivities, coming up at 365Barrington.com. 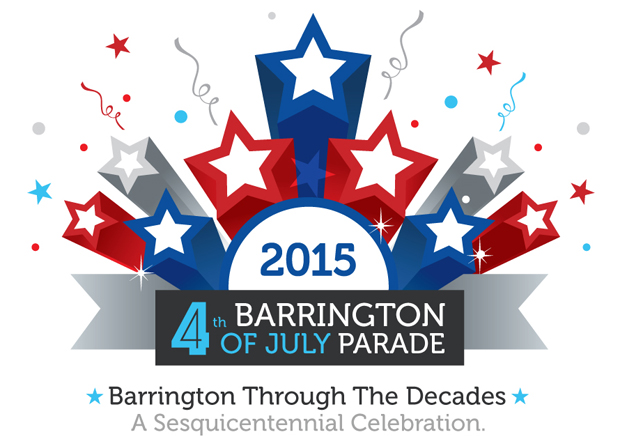