Arts and Entertainment, Bars and Restaurants, Family Fun, Festivals, For Kids, Live Music, Nightlife, Restaurants, The List Year to Date, Things to Do

141. Get “Together Again” at Summer Fun Friday

Home Newsroom 141. Get “Together Again” at Summer Fun Friday

The Village of Barrington is closing down South Cook Street tomorrow night for the final “Summer Fun Friday” bash of the year. It’s a family block party for all of Barrington and a great chance to get together with neighbors for LIVE music, dinner and drinks. 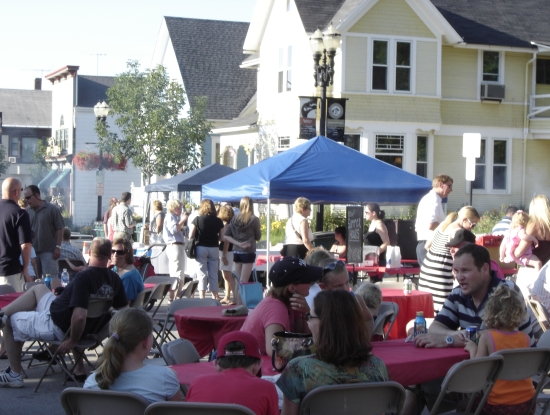 McGonigal’s Pub will be serving up some of their favorites, including corned beef sandwiches, chicken sandwiches and burgers and there will be some special musical guests, too. The band “Together Again” is making their Summer Fun Friday debut. They’re a group of three Barrington High School graduates who first came together as a band during high school back in the Seventies. After 30 years, pianist, Marti Bonne, drummer, John Briggs and bass player, Jim Seidel reunited in March of last year on Facebook, of all places! They got the band going again and recruited a fourth member, guitarist, Steve Yankula. Here they are playing at the Barrington Ice House back in 1978, when they called the band “Mirage”. 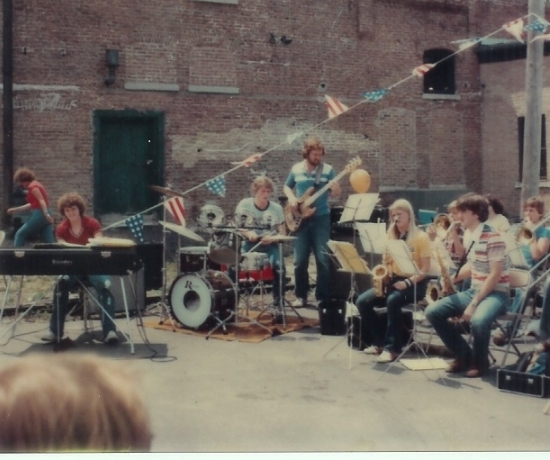 Today, the band plays a fusion of jazz and rock. You’ll hear them put their own spin on classics like “Moondance” by Van Morrison along with other favorites like “Low Rider” and “Tequila”. 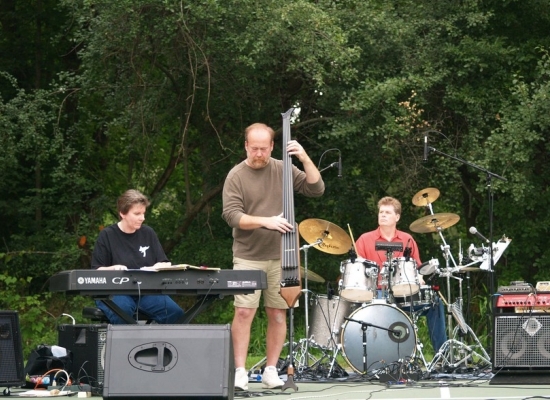 After the “Together Again” performance, McGonigal’s will be featuring live Irish music by Joe Cullen, beginning at 9:30PM. Summer Fun Friday is a FREE event and we’re all invited. The party will be set up by the intersection of Cook and Station streets and it starts at 6PM. See you there!