About Barrington, Barrington History, Holidays, Nightlife, The List Year to Date, Things to Do

207. The Legend of White Cemetery and Cuba Road

Home Newsroom 207. The Legend of White Cemetery and Cuba Road

Halloween is just one week from today and, with all of the tombstones, ghouls and eerie jack-o-lanterns decorating homes throughout Barrington, I can’t help but be reminded of the more sinister side of the holiday. After all, Halloween’s namesake, “All Hallows Eve”, is a night when unclean spirits presumably try to upstage the celebration of saints on November 1st, “All Saint’s Day”.  Which leads me to the story of what ghost researchers suspect to be one of the most haunted cemeteries in Illinois. It’s called White Cemetery, it’s located right here in Barrington and, at first glance, it looks like an ordinary resting place. 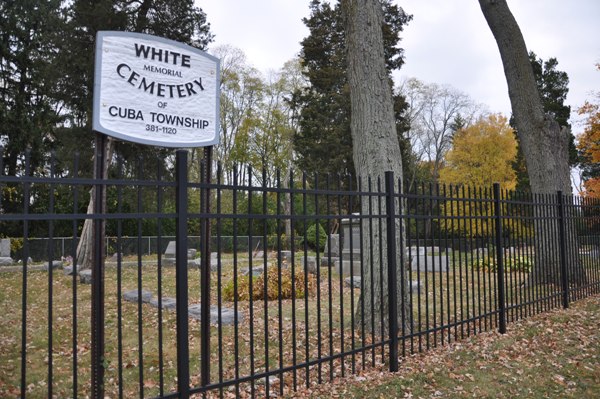 But I’ve found at least one photo of what some believe is a ghostly figure among the graves in the cemetery, which I will show you in just a minute…

…but first, I invite you to push the play arrow below which will provide a little background music for what you will discover is a series of truly scary Barrington stories.  However, I MUST WARN YOU, if you are easily frightened, you probably shouldn’t read on.

White Cemetery is on Cuba Road, just east of Old Barrington Road. It dates back as far as the 1820’s and, for many years, has been reported to be haunted by white, eerie globes of light that float and hover among the tombstones. 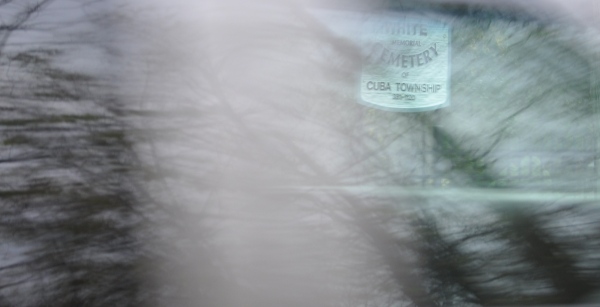 PrarieGhosts.com talks of witnesses who describe seeing glowing lights which “float through the cemetery, drift over the fence and then glide out over the surface of Cuba Road.”

There are also accounts of “hazy human-like figures spotted along the edge of the fence and lingering near stands of trees.

They tend to appear and then vanish at will.”

Though researchers have studied these accounts for years, they’ve discovered no explanation.

Here is a look at one unexplained photo, reportedly taken at White Cemetery, which shows what could possibly be a ghostly apparition to the left of two White Cemetery tombstones. 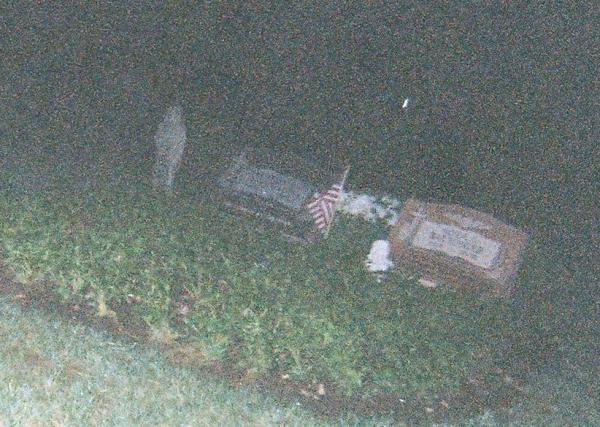 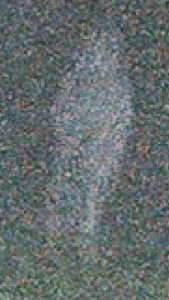 The people who took this photograph were in such disbelief, that they tried zooming in on this hazy figure.  You’ll find the source link for this photo by the * below.  But there is more to the story about possible hauntings along Cuba Road.

Over the years, there have been numerous witness accounts involving a “phantom black automobile that appears near the cemetery and an old house that is seen and then vanishes nearby.”

According to PrarieGhosts.com, “The house is believed to have actually existed many years ago and legends say that it burned down under mysterious circumstances…Some of the sightings involve a spectral old woman that carries a lantern and flags down passing motorists.  When someone stops and tries to help her, she disappears along the edge of the roadway.”  I have also read that if you enter the house and stay until the sun comes up, you will disappear with the house forever. 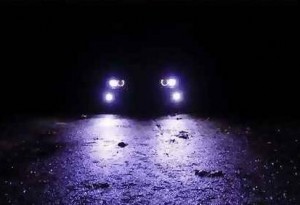 I’m not sure that I believe in ghosts, but I’d love to know your thoughts on the matter.

DO YOU HAVE ANY GHOST STORIES OF YOUR OWN?  Do you believe in ghosts?  Have you ever experienced anything strange on Cuba Road or had any paranormal experiences in your own home? Have you taken any unexplained photographs?

If so, PLEASE SHARE YOUR STORIES IN THE COMMENTS BOX BELOW. 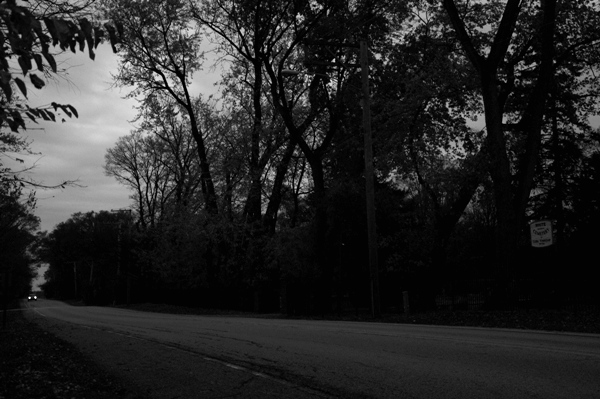 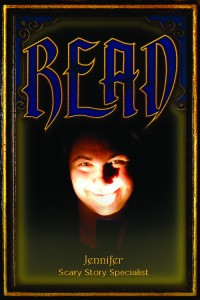 There’s also a “Scary Story Specialist” at the Barrington Area Library. She’s a Youth Services librarian by the name of Jennifer Drinka and she’s working on her own collection of “Haunted Tales of Barrington”. Jennifer would also love to hear and even record your scary stories in the library’s new audio lab.

If you want to read something scary this week, for adults Jennifer recommends Chicago Haunts by Ursula Bielski.  Fir kids, Jennifer recommends the Scary Stories to Tell in the Dark books by Alvin Schwartz.  Jennifer says she’s heard all the stories about White Cemetery and Cuba Road and, though she’s spooked, she says she’s not scared because “The world’s too serious.  You don’t have to know all the answers.  It’s just fun to be afraid.”  If you say so, Jennifer – GULP! 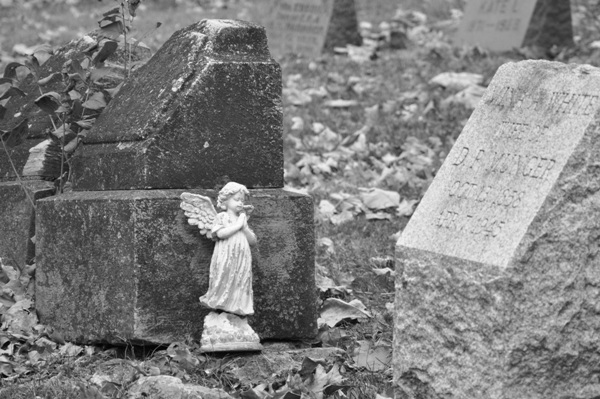 15 responses to 207. The Legend of White Cemetery and Cuba Road