The List Year to Date, Things to Do, Veterans

Barrington veterans sent us all a powerful message today without even speaking a word. They communicated with a solemn display of American flags flying in the icy wind at the corner of Main and Cook Streets. 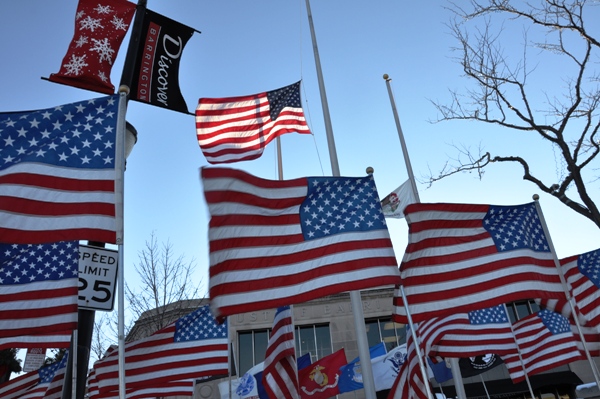 The flags and a simple message were set up early this morning, a small request for us all to remember this date in history.

69 years ago today, on December 7th, 1941, 2,400 Americans lost their lives and 1,200 were injured during the surprise Imperial Japanese Navy attack on the American Army and Navy base in Pearl Harbor, Hawaii. The attack sunk four US Navy Battleships and led directly to the United States entry into World War II.

Their display moved me a little more this year because of a man I met less than a month ago. On Veterans Day, I interviewed Burnell Wollar, one of Barrington’s last living World War II Veterans. He made a lasting impression when he told me this: 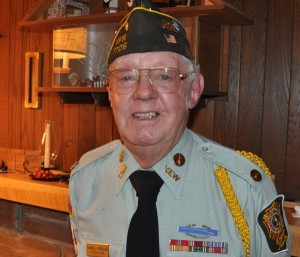 “We’re losing about 1,500 World War II Veterans a day and there aren’t many of us left. When I look around our VFW post, there’s maybe about a dozen…It’s not going to be too long and there won’t be any of us around anymore to remind people that there are personal experiences to be shared that you can’t find in the history books.” Burnell enlisted in August of 1942 and served in the infantry in Europe until shortly before the war ended. So, to him, December 7th is so much more than just another date on the calendar.

To honor the veterans’ request that we not forget Pearl Harbor, I took a minute to refresh in my mind what I learned in my history books. And I revisited this quote, spoken by President Franklin D. Roosevelt, on December 8th, the day after the attack on Pearl Harbor. 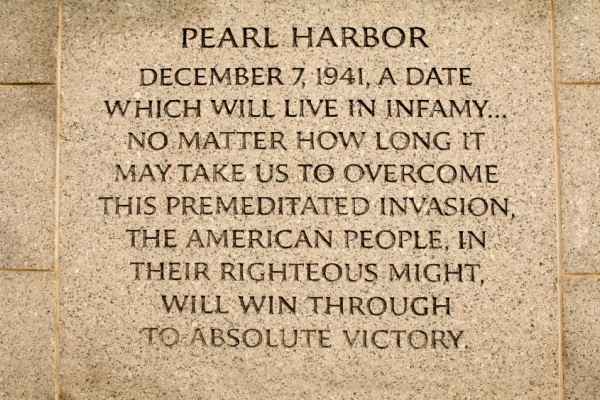