For Fun, Polls & Surveys, The List Year to Date, Things to Do

We didn’t even have to watch last night’s Academy Awards to know who the winners were. All you had to do was take a look at our 2011 Barrington Oscar Poll. Last night’s top winners were all predicted by Barrington movie fans right here at 365Barrington.com. 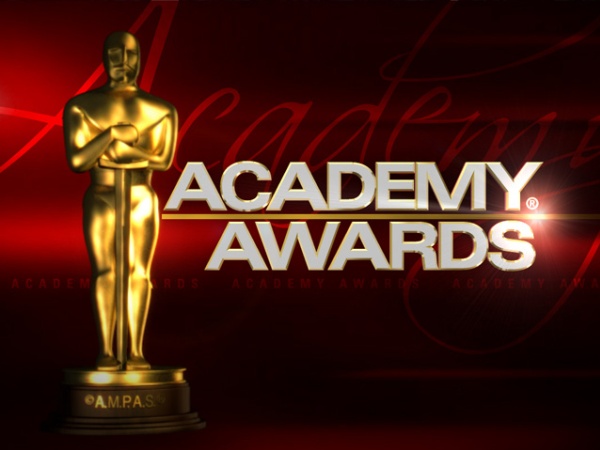 You called it right, but what did you think of the show? I have a few critiques that leave me with an urge to apologize. But I’m sharing my thoughts and sticking to ’em today, about the hosts, the winners, the thankers and the criers… 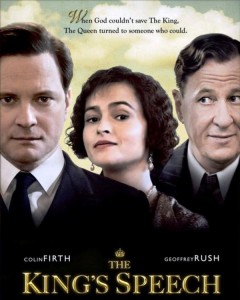 57% of the votes cast in our “Best Picture” Oscar Poll went to The King’s Speech and, of course, that’s the film that won the top award last night. The King’s Speech won four Oscars out of twelve nominations last night, for Best Picture, Actor, Director and Original Screenplay. 86% of the votes cast in our “Best Actor in a Leading Role” poll went to Colin Firth and, again, you called it right! I love how Colin Firth did more than just thank people during his speech last night. What’s the deal with all the thank you’s, by the way? Are movie stars really paranoid that they’ll be snubbed by anyone they don’t thank? They almost seem desperate to squeeze in as many names as possible, which makes them look dull, don’t you think?

And 71% of the votes cast in our Barrington Oscar Poll for “Best Actress in a Leading Role” went to Natalie Portman for her performance in Black Swan, another winner last night. 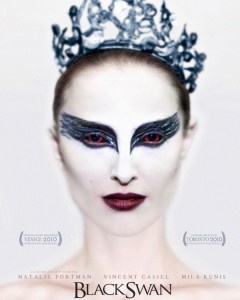 She looked beautiful, but she also OD’d on the thank you’s without much substance and sort of half-cried her way through her speech. Tears are one thing, but when they start to seem insincere, I want to say, ‘get over yourself and just be gracious!’  I haven’t seen Black Swan yet. As a matter of fact, I only saw three of the movies up for awards last night. That means I have a whole lot of DVR watching to look forward to in the months ahead. I promised my husband I’d watch True Grit if he’d watch Black Swan. We’re both torn about whether we want to watch the movie where the guy cuts his arm off. I love Leo, but Inception just looks weird.  And I have the urge to re-watch The Social Network, the nominee that didn’t pull off the upset that some predicted last night.

But at least we won’t have to watch another Academy Awards with Anne Hathaway and James Franco as hosts. I can’t imagine they’ll be back. SNOOZERS! You know how Simon Cowell used to call performances “indulgent” on American Idol? We’ll that’s what I’d say about Anne Hathaway. Did she really have to wear six different couture gowns during the course of the performance? It was like the “How Many Gowns Can I Look Gorgeous In Show” which was just a little much, for me. I wanted to say, ‘Too bad you’re not as understated as you are beautiful.’  Well that about sums up my thoughts about last night’s show.  Harsh words, I know, but no apologies here. At last not today ;).

One response to 333. Predict and Critique the 2011 Academy Awards

Prev post 332. Cast Your Votes in the Barrington Oscar Poll
Next post 334. Outfit Your Kids with "Growing Cents of Style"