Anyone up for a FREE music festival this weekend?  Prepare to flash back to the 90’s because Toad the Wet Sprocket is one of ten bands performing at the Arboretum of South Barrington’s two-day Block Party and Music Fest, which starts at noon tomorrow. 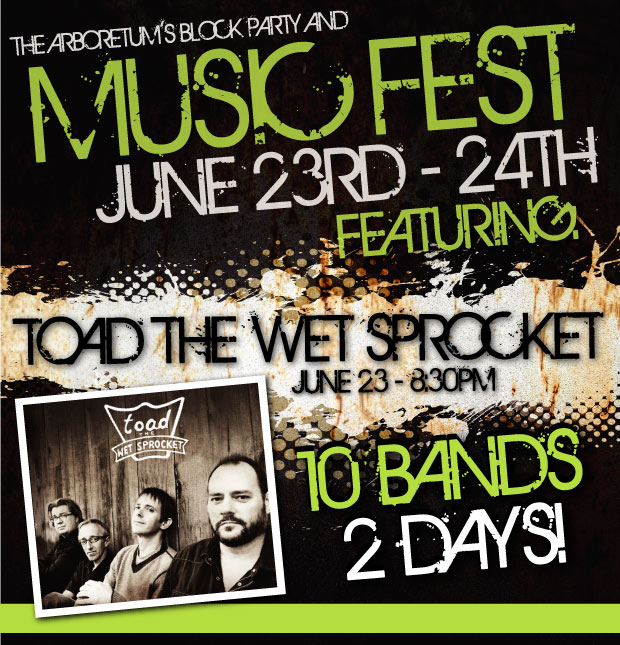 There’s a great lineup of performers for both Saturday and Sunday, but the headlining band is Toad the Wet Sprocket performing at 8:30 on Saturday night. Named in honor of a sketch by the Monty Python comedy troupe, this 4-piece band of Santa Barbara, CA high school cronies came to be known as Toad the Wet Sprocket in 1986. The band’s big commercial breakthrough came in 1991 (the year I graduated from high school) as the single “All I Want” became a Top 20 hit. Another single from Toad the Wet Sprocket’s Fear LP, “Walk on the Ocean,” also became a successful track for the band.

All performances will be held on the stage behind Ruth’s Chris Steak House and Cooper’s Hawk. For your convenience, Georgio’s, Coopers Hawk and Ruth’s Chris will be serving food and drink outside during the music fest.  You’ll find the Arboretum of South Barrington at 100 W. Higgins Road and you’ll find more info about the music fest at ShopTheArboretumSB.com.