46. VIDEO: Inside the USS Illinois with Captain Jesse Porter

His visit to Barrington for a USS Illinois Commissioning Committee fundraiser at Wickstrom Auto Group earlier this month raised over $20,000 to support the Navy submarine’s commissioning, its crew and their families.

Captain Porter will be back next week for a luncheon at Chicago’s Union League Club to recognize Christopher Durdle, the Monmouth Roseville High School senior who recently won the ship’s crest art contest out of 149 students who submitted designs from around Illinois. 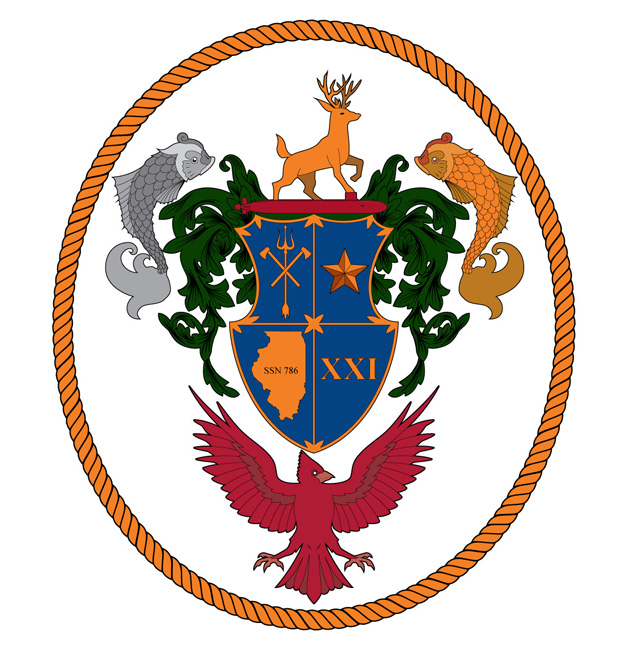 When he was in Barrington for a February 5th Wickstrom Auto Group event hosted by three local volunteers on the USS Illinois Commissioning Committe, 365Barrington.com reporter James Owen interviewed Captain Porter on camera to learn more about the submarine, its crew and what life will be like on board the USS Illinois.

The USS Illinois (SSN-786) is the 13th Virginia Class nuclear submarine and is currently under construction at Electric Boat shipyard in Groton, Ct. She is only the second U.S. Navy ship to be commissioned with the name “USS Illinois” since a battleship with that name was commissioned in 1897. It is expected to be launched in mid-2015 and commissioned in December 2015.

After the submarine’s commissioning, the USS Illinois (SSN 786) will gather intelligence, deploy special forces and attack land targets. Called the most technologically sophisticated ship under the seas, the Virginia Class submarine will be equipped to combat rapidly emerging 21st Century threats with “massive firepower, cutting edge intelligence capabilities and and a revolutionary deck design,”according to USSIllinois.org.  The submarine is under construction now to be launched in mid-2015 and commissioned in December of this year.  To learn more, visit USSIllinois.org.