Congratulations to Barrington’s Saint Anne Parish School for this week’s first place win in the Scholastic Bowl at Notre Dame College Prep in Niles. Earlier this month, the Saint Anne Cardinals qualified for this eighteen team finals competition and the team rallied from a seventy point deficit to place first on Tuesday! 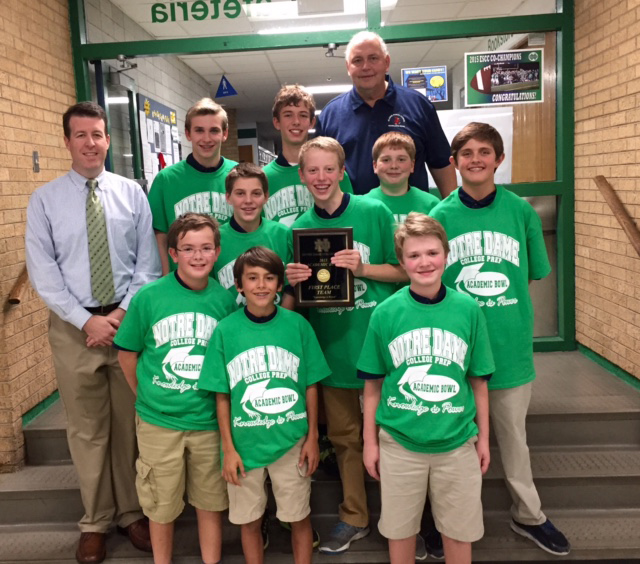 Moderator Mr. Terry Ehardt says “It was nice to see all of the practice time and dedication pay off at such a key time in a championship match”. And team captain Jack Hoppe says this win marks an impressive first for the Saint Anne School’s Scholastic Bowl team. “It is the first time we have won at Notre Dame. There were five matches and it was hard to make it through the night. We had a five man team with five substitutes. We were facing some large schools and I could not be prouder.”

Earlier this month, two teams of six traveled to St. Viator for a twelve team competition, finishing in 1st with a record of 4-0.  The Cardinals conquered Saint Emily, Saint James, Saint Paul of the Cross and Our Lady of the Wayside on the way to the championship. 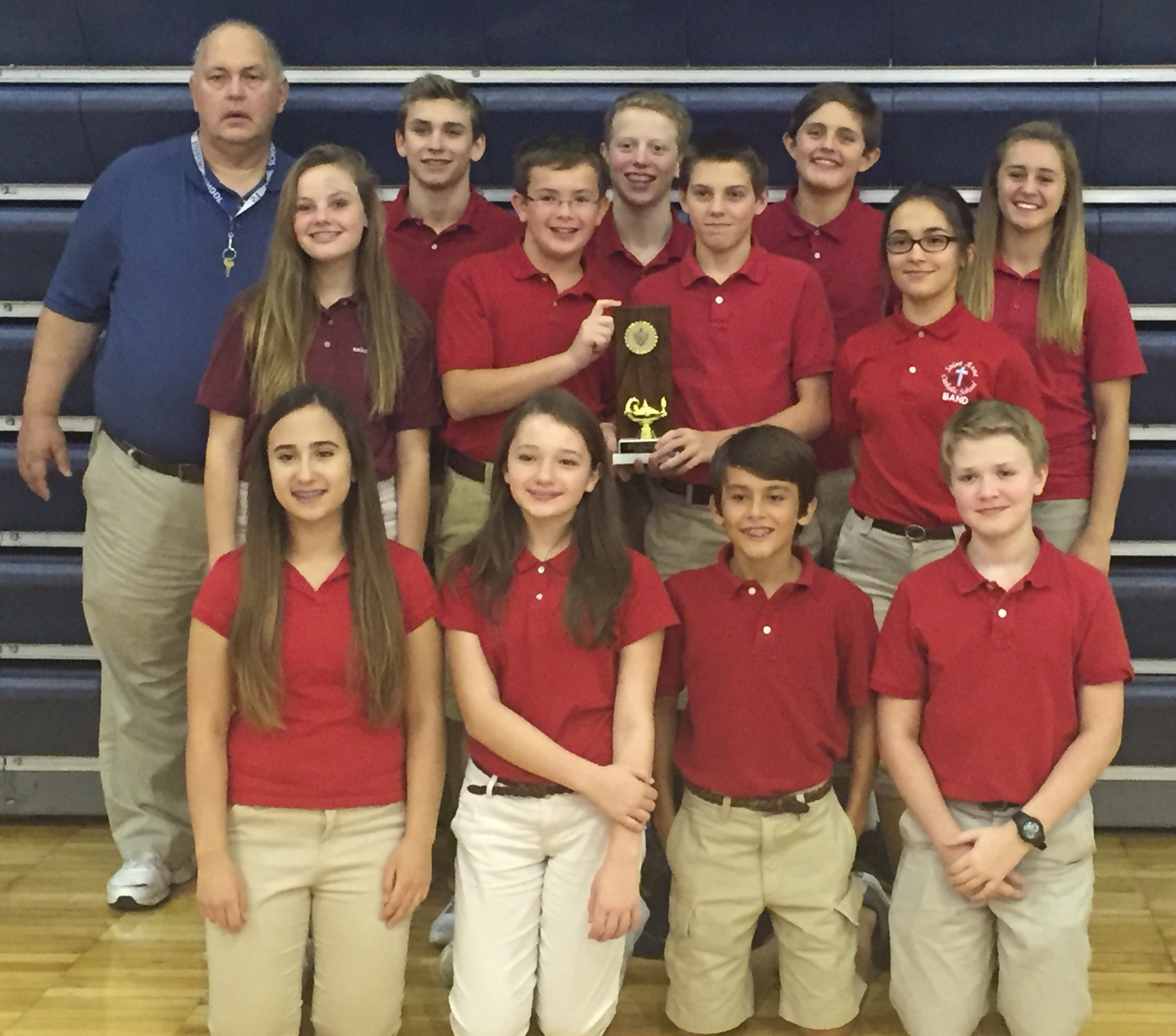