Singer/Songwriter Pat McKillen is coming home for a Valentines Day weekend concert at Barrington’s White House on Saturday night. Pat’s third full-length album, Blood & Bones, is due out this spring and, to celebrate Valentine’s Day, he says Saturday night’s show will include some of the songs inspired by his own personal relationships. 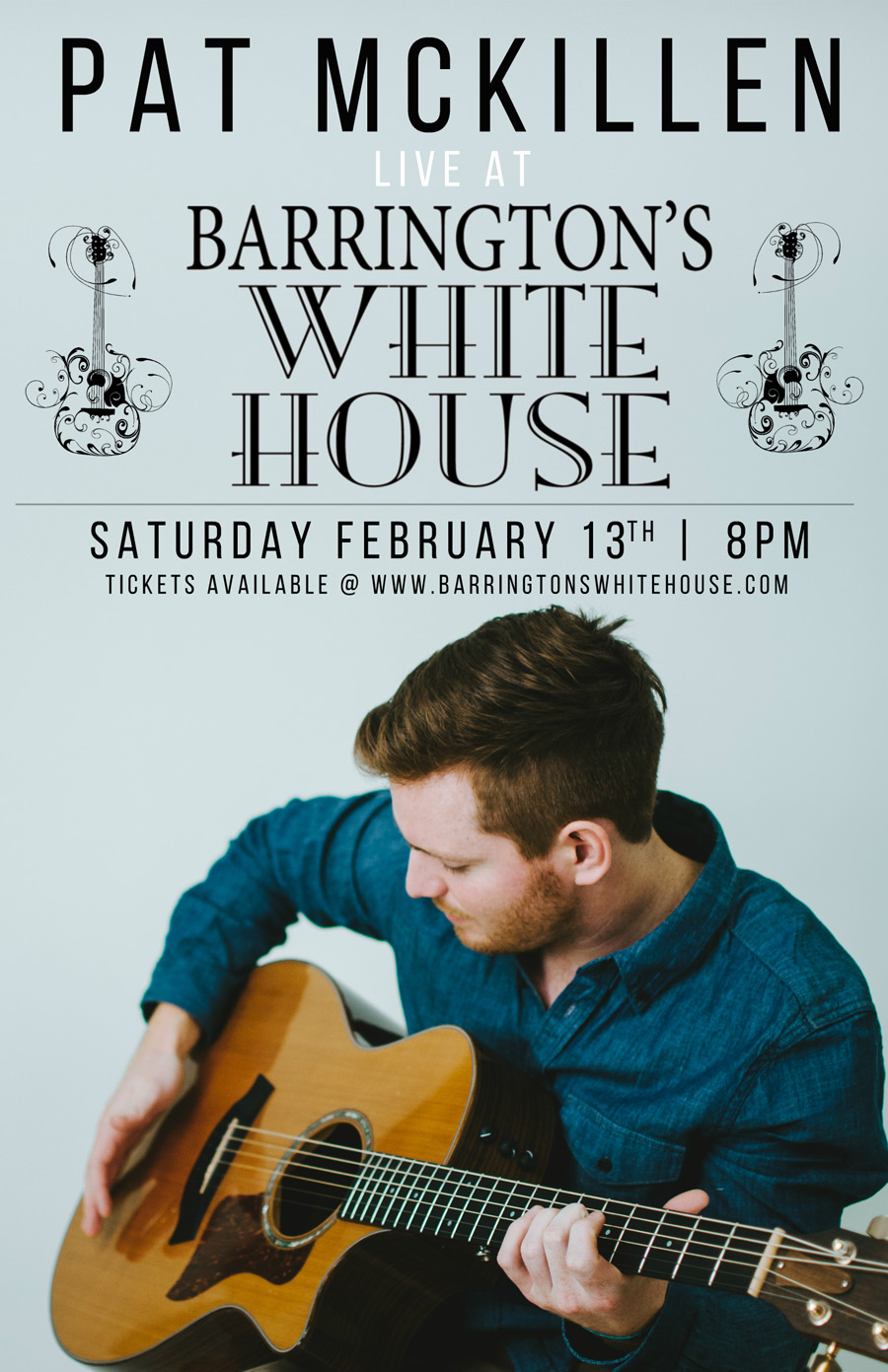 One of four children, Pat grew up in Tower Lakes. He attended North Barrington Elementary School, Station Middle School and graduated from Barrington High School in 2006. It was at BHS where Pat first started performing as a vocalist for a band he started with some buddies.  “I realized that I wasn’t into just being a singer. Not playing an instrument felt awkward so I picked up the guitar when I was about 16 and have been playing ever since.”

In 2010, Pat graduated with a degree in Finance from the University of Notre Dame. He planned to go into banking, but instead chose to pursue his passion for singing/songwriting and producing his own music. “I fashioned a recording studio for myself right out of college in my parents’ basement. I basically soundproofed a 4 x 4 closet where I did my vocals and added some eggshell padding on the walls to deaden the sound. That’s where it got going.”

Named “Best Emerging Artist” and appearing on the 2008 season of “America’s Got Talent,” Pat has made a career out of his music.  “I really love the production side and the process of going from writing a song on the guitar with bare bones lyrics and chords and envisioning where it can go from there when you add drums, percussion and second layers on the guitars and vocals. It’s amazing the things you can do on your own in the music industry these days.”

Pat says his musical influences include some the artists he grew up hearing his parents listen to like Bob Seger and Bruce Springsteen. Some of his more contemporary influences are Dave Matthews, David Gray and the Counting Crows. “My music is a blend of folk rock with pop influences. The majority of my song lyrics are inspired by relationships, not just in a romantic sense, but relationships with the people around me and a lot of my songs are also self examining. When anyone comes up after I play and says, ‘I can tell you’re really passionate about this,’ that’s when I know I’m on the right path.”

This will be Pat’s first performance at the White House, an historic Barrington residence that was fully restored into a community and cultural center during the Village of Barrington’s year-long Sesquicentennial celebration in 2015. Pat says he’s particularly looking forward to performing in this local home-town landmark.

“A lot of people in the industry these days are moving toward playing shows in places that aren’t strictly music venues. It’s house concerts. It’s people playing in living rooms and full-on shows in coffee shops. Barrington’s White House is a beautiful building and an amazing resource for the community that should be used in as many ways as possible. And if I can be a little part of that in any way, than everybody wins.”

Pat McKillen’s organic and creative pieces are for an audience of all ages and will resonate with you long after the night ends. You can see Pat in concert at Barrington’s White House at 8 p.m. on Saturday, February 13th. The cover charge is $15, with a cash bar available.

You can also pay the cover at the door. Pat will play songs from his new album, Blood & Bones, due out this spring, along with a selection of favorites from his previously released,  Stagefright, The Red Headed Enemy and Love Without Me. Pat says he’s planning a great show for Barrington on Saturday night!  “The audience can expect a very powerful, one-man performance utilizing a loop pedal and the techniques of a full studio approach in a one man setting.”

To learn more about Pat McKillen and listen to his music, visit PatMcKillen.com.

Barrington’s White House is a vibrant community and cultural center and event venue in the heart of downtown Barrington. To learn more about renting the ballroom, first floor or entire house for your events or special celebrations and to see the latest listings of cultural events and tours scheduled at the house, visit BarringtonsWhiteHouse.com. 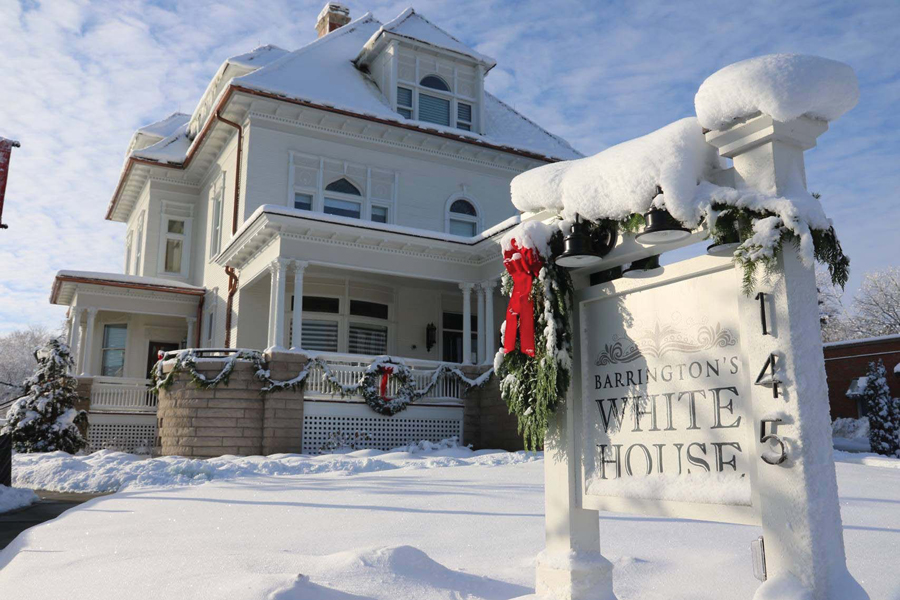 Beautiful and serene are words that only begin to describe this stunning brick home in sought-after Timberlake of North Barrington. Stunning views abound through the walls of windows of this tranquil pond, featuring full outdoor amenities just feet f

Run with friends and finish with an Irish…