The Village of Barrington is rolling out the green carpet for THREE DAYS of Saint Patrick’s Day fun during the sixth annual Celtic Fest! One of the largest St. Paddy’s Day celebrations in the Chicago suburbs, Celtic Fest opens this Thursday, Saint Patrick’s Day, and runs through Saturday. 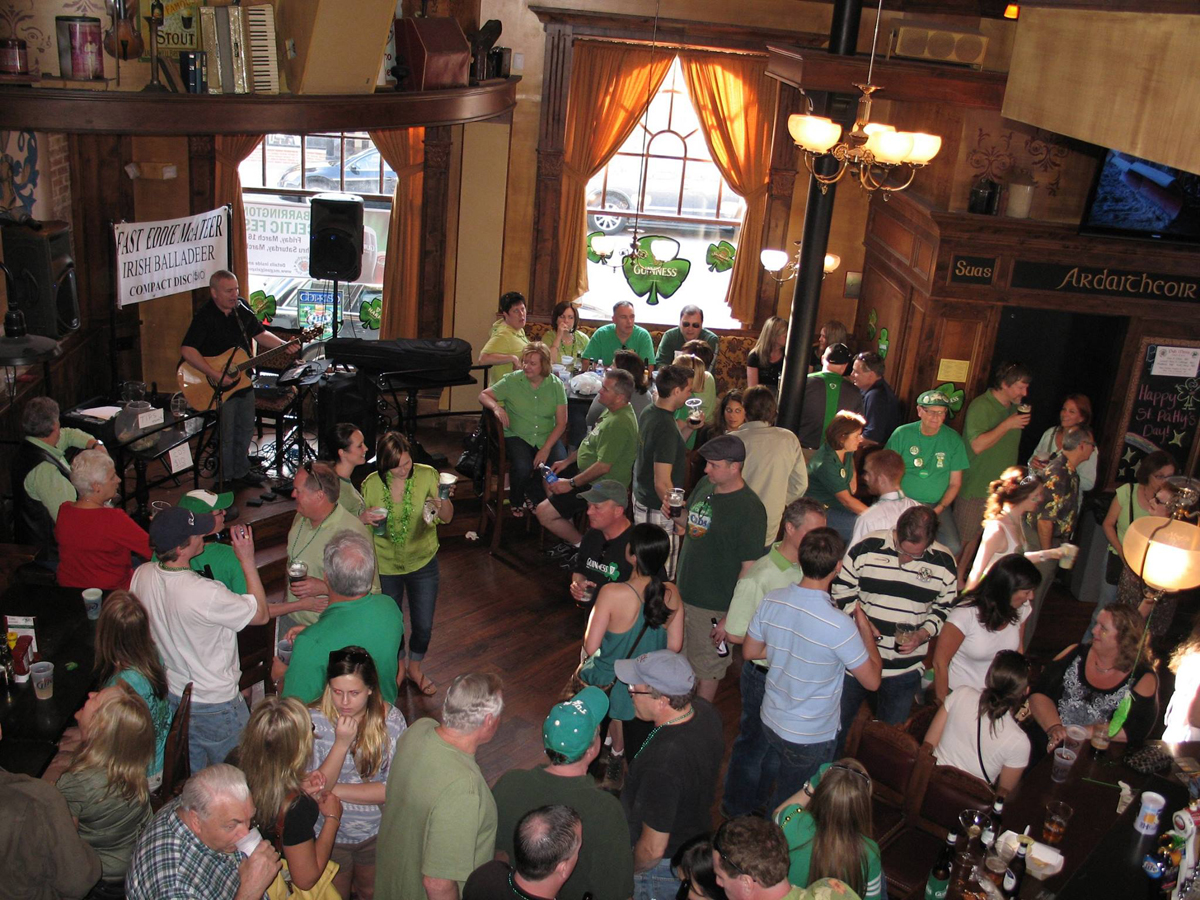 From March 17th through Saturday March 19th, Celtic Fest will take place in the center of the village, on the 200 block of Park Avenue just East of South Cook Street, and at McGonigal’s Pub. The three day festival officially begins at 10 AM on St. Patrick’s Day and features a huge heated festival tent erected over the block of Park Avenue.

McGonigal’s Pub and the neighboring expansion The Annex open at 10 AM on Thursday and 11 AM Friday & Saturday. The festival tent opens at 11 AM all three days. ADMISSION TO THE FESTIVAL IS FREE ALL WEEKEND. However, they do support the American Cancer Society’s Relay for Life and encourage patrons to visit their booth in the festival tent and donate to the cause.

The agenda for the Barrington Celtic Fest includes an impressive lineup of entertainment, including great live music (Irish & rock), six separate Irish Dancer performances, a mix of Irish and local retail restaurants and merchants, bagpipers, live DJ’s, and of course a plentiful amount of food and beverages both in the outdoor festival tent and within the Pub. Schedules and band lineups can be found at BarringtonPub.com.

Limited seating for dining is available on a first-come, first-served basis in the spacious Pub 2nd level and The Annex, plus there will be numerous tables in the festival tentt. Pub menus will be limited from the normal offerings, though there will be plenty of additional food options in the tent, featuring delicious cuisine from Clarke’s Bakery & Deli, Big Iron Horse BBQ and McGonigal’s Pub. All food and beverages transactions in the tent will be cash only; credit cards can be used for service within the Pub.

The entire event is located in downtown Barrington, centered around McGonigal’s Pub at 105 S. Cook Street, which is located one block east of Rt. 59 (Hough Street) and half a block south of Lake-Cook Road (Main Street). Access to the event via the Union Pacific Northwest Metra Rail is very convenient as the festival is located only two blocks west of the Barrington Station. An ample amount of free parking will be available all weekend in the Metra train station and throughout the downtown Barrington area..

Full details on the Barrington Celtic Fest, including directions, entertainment schedules and information on the participants, can be found on the website www.barringtonpub.com and on Facebook at Facebook.com/CelticFest.

Prev post I Love You Man: ‘Bromances’ May Be Good for Men’s Health
Next post Date Night Wednesdays at Mandile's Italian Restaurant & Banquets