Barrington History, Bars and Restaurants, News, The List Year to Date, Things to Do

46. Catch Up at The Canteen Restaurant

Home Newsroom 46. Catch Up at The Canteen Restaurant

If you’d like to digest a little history with your Sunday brunch, grab a table at Barrington mainstay, The Canteen Restaurant and Pancake House. “The Canteen” has been serving up great food since it opened its doors at the end of World War II, back in 1945, and they still pack the house today for breakfast and for lunch. 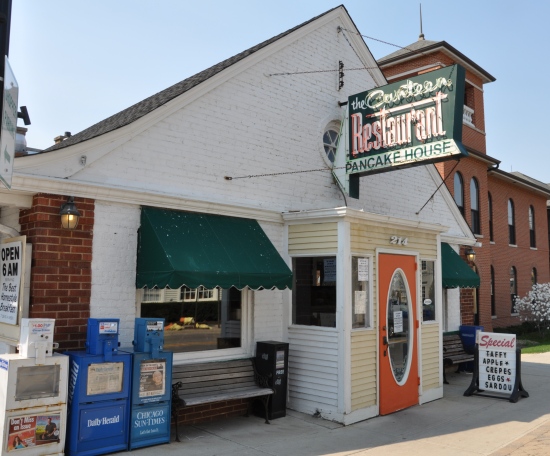 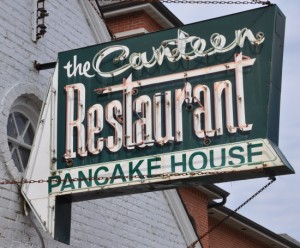 The antique neon sign marks the spot on Barrington’s South Hough Street, just South of Lake Cook Road and Barrington’s Village Hall. The restaurant used to be more than just a dining destination. Did you know there was a dance hall in the lower level which was a popular Barrington hot spot back in the day? You won’t see much dancing there today, but next time you’re in the Canteen’s dining room, don’t forget to look up. 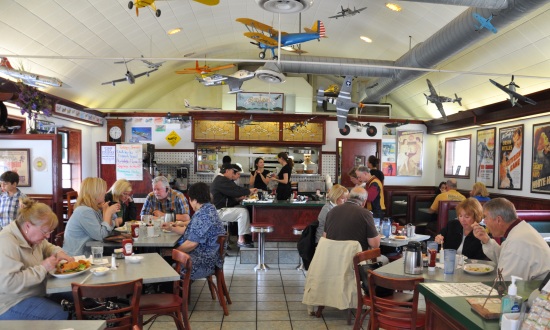 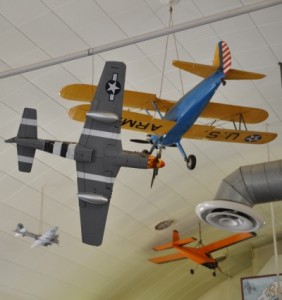 I hadn’t noticed the airplanes on the ceiling before owner, Sam Romas pointed them out. When Sam and his brother, Gus, purchased, renovated and re-opened the restaurant back in 2000, they left the airplanes untouched. They’re model airplanes from World War II donated by regular customers over the years, a nod to the restaurant’s place in history. For decades, The Canteen served as the Village of Barrington’s community kitchen and dining room, where longtime residents swapped old stories and new gossip. 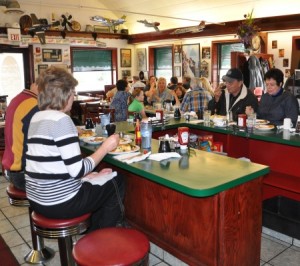 You can still catch up with your neighbors today at The Canteen’s old school breakfast bar. Just grab a stool and strike up a conversation with any one of The Canteen’s regular customers. The servers are friendly and happy to help you make your menu selections because you’ll have a lot to choose from. There’s a “Big Fat Greek Breakfast” menu along with “The Health Club” selections for diners who want a lighter meal.

You can also choose from their list of “Awesome Omelets”, skillets, pancakes, crepes and French toast. They have sandwiches, salads, wraps and paninis, too. But one of The Canteen’s most popular menu items is their “Yia-yia’s Secret recipe Avgolemono Soup”. It’s a cream of chicken rice with egg-lemon soup and they serve it every day.

The Canteen caters and offers Pig Roasts and Friday Fish Fries, too. You’ll find the restaurant at 214 South Hough Street.  Hough Street is what Route 59/Barrington Road is called in downtown Barrington.  They’re open seven days a week from 6AM to 3PM Monday through Saturday and from 7AM until 3PM on Sundays. You can reach them by phone at 847-382-0900.  If you haven’t been to The Canteen, you’ve got to check it out. And don’t forget to tell them Liz sent you!

One response to 46. Catch Up at The Canteen Restaurant