Arboretum of South Barrington, Bars and Restaurants, Contests, Cooking, Food, For Fun, Giving, Good Works, On the Menu, Restaurants, The List Year to Date, Things to Do

The results are in after Saturday’s “Chilly Challenge” Chili Cook-off in South Barrington. About 300 chili fans from in and around Barrington met at the South Barrington Arboretum Saturday afternoon to sample and vote for chili prepared by seven local restaurants. 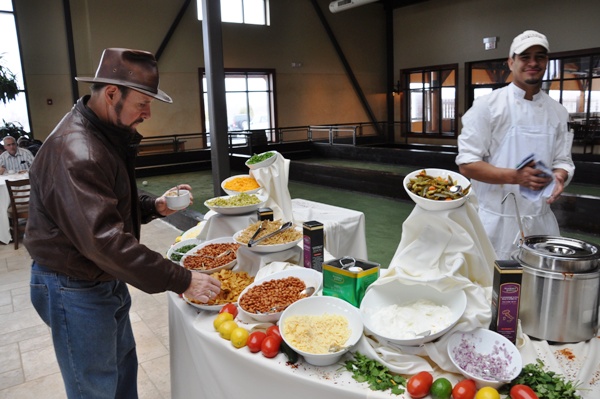 I was one of the guest judges and snapped a few photos on the chili tour, which started at Pinstripes Bowling, Bocce & Bistro. A shuttle whisked the chili tasters off to all seven restaurants, which included Pinstripes, Cooper’s Hawk Winery & Restaurant, Nozuzmi Asian & Japanese Cuisine, Gold Class Cinemas, L’Eiffel Bistrot & Creperie, Panera Bread and defending 2010 Chili Champion, Ruth’s Chris Steakhouse. That’s a lot of chili for only $10 and it was so much fun! Almost all of the participants cast ballots for their favorites at the very end and it was a very close vote. But the 2011 South Barrington Arboretum Chili Champion is…

Pinstripes Bowling, Bocce & Bistro! Their chili was definitely a fan favorite. Here’s how it was described on the chili tour menu: “Made with beef short ribs, braised pork, spicy Italian sausage and peppers.” 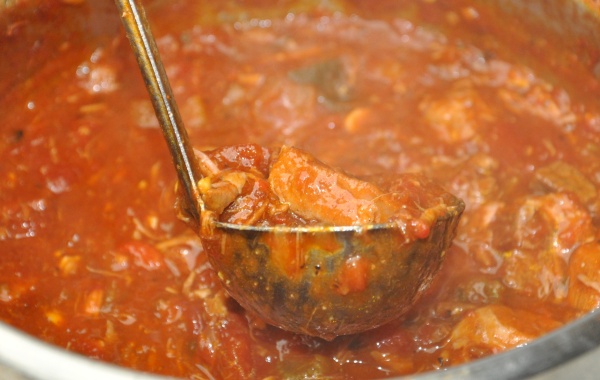 I’ll do my best “Iron Chef America” judge impersonation and say that, “The flavors came together beautifully with a chunky blend of delicious ingredients, a touch of heat and the perfect bite.” Plus, Pinstripes had a great chili bar set up with garnishes like crisp tortillas, jalapenos, cheeses, cilantro, pasta, beans, sour cream and several hot sauces. 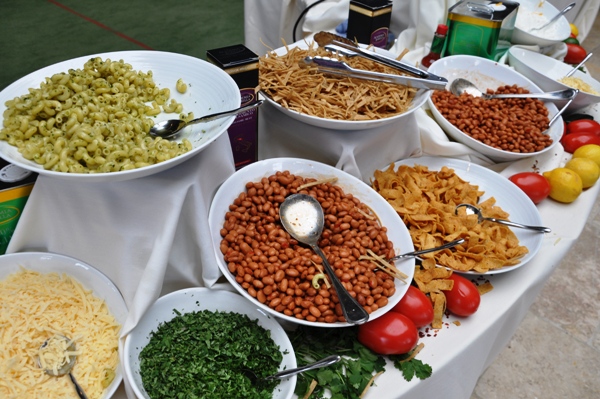 Pinstripes also passed around a delicious Prosciutto Fig Flatbread pizza that I would definitely order off the menu. But I’m told that Gold Class Cinema’s chili came in a close second, with braised short ribs, pork shoulder, onions, peppers and four different beans. Their chili was also delicious and garnished with poblano cream, fresh cilantro and crispy corn tortillas. I also really liked the Cajun Chili served by L’Eiffel Bistrot & Creperie with a unique blend of Cajun spices, hot peppers, five different beans and a splash of French red wine. It was tasty, but I needed a fire extinguisher because it was HOT HOT HOT! Nozumi Asian & Japanese Cuisine topped their Wagyu ground beef chili with a mix of cheddar cheese and tempura, cornbread was the main garnish on Panera’s chili, Ruth’s Chris’ Wagyu beef chili was made with a blend of secret spices and Cooper’s Hawk’s white chicken chili with caramelized onions gets my vote for most original.

The money raised will benefit the Down Syndrome support programs offered by Gigi’s Playhouse in Hoffman Estates and this was a really fun way to spend a Saturday afternoon. Don’t miss the next one. I know I’ll be there!